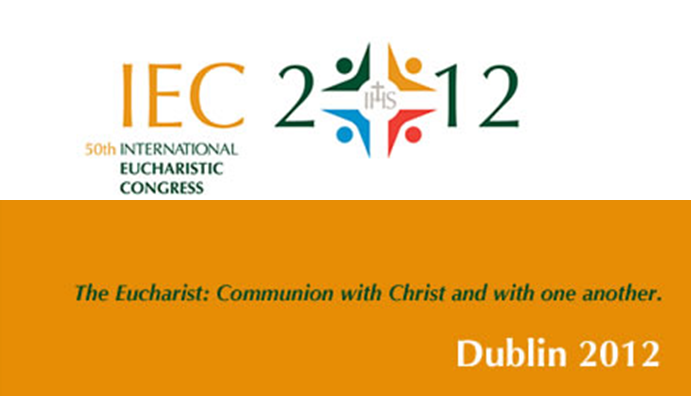 The Eucharistic Congress will take place in Dublin in 2012 and it will provide a wonderful opportunity to revitalize our own faith as we prepare for this huge event. There will be regular updates on this site as the planning develops over the next few months. Here are some of the important points to date.

• At national level, Fr Kevin Doran has been appointed by Archbishop D. Martin to oversee the preparations.
• A theological commission and a national body of delegates have been established to take responsibility for much of the planning.
• Dr. Tony Hanna has been appointed by the Cardinal to represent the diocese on both of these bodies.
• Each diocese has been asked to organize a small cohesive organizing group that will animate their own diocesan preparations and events leading up to the 2012 Congress. The Armagh Group at present comprises Andy Hegarty, Denis McCourt, Fr. Francis Coll, Margaret McKernan, Sr. Maureen O’Dea, Kate Acton and Tony Hanna. Over the next months they will be animating a number of significant events.
• A national website has been created at www.iec2012.ie and a logo will be chosen from a shortlist of four within the next few weeks.
• It is hoped to establish the Congress as a limited company and to advertise for a Project Manager next month.

Meetings to begin preparations for the 2010 Eucharistic Congress