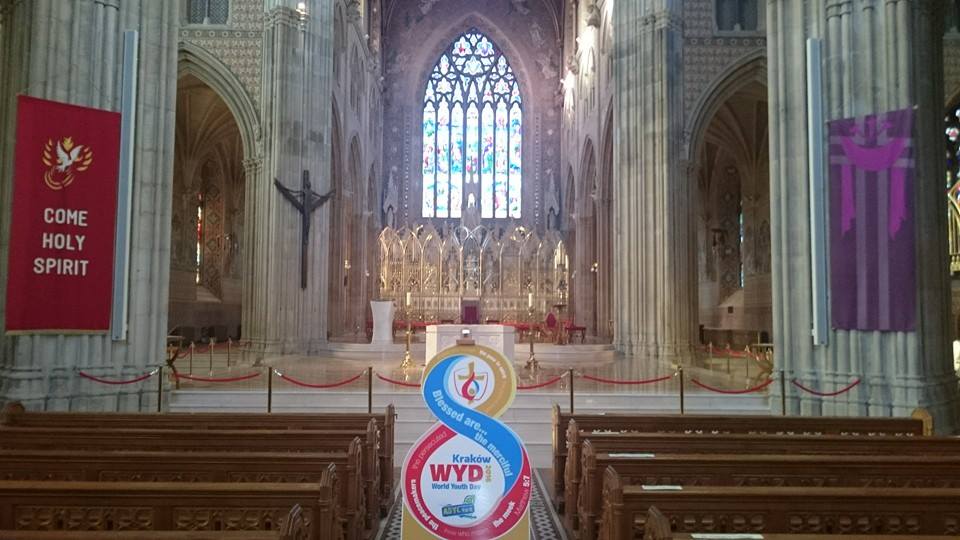 On Wednesday 11th March 2015, hundreds of people both young and old flocked to St. Patrick’s Cathedral Armagh for the Diocesan Faith Award Ceremony. This event was celebrated by Archbishop Eamon Martin and it was set up in order to rejoice in the gifts and talents of 300 young people who were there to collect awards for their role in their respective parishes, communities and schools. Representatives from all over the Diocese collected the awards, namely the Muiredach Cross Award and the Pope John Paul II Award in an event that has been described as “a fitting celebration for the work of young people in the Diocese.”

The Muiredach Cross Award and the Pope John Paul II Award are prestigious awards in the area of faith development and to receive one is undoubtedly a thing of great honour for those who were being celebrated at this event. The Muiredach Cross Award is particularly aimed at the younger members of society throughout the schools in the Diocese. It is hoped that participation in this award will provide a solid foundation upon which to build in later life when a young person is eligible for the Pope John Paul II Award. There is great interest in participation in these two awards and this was highlighted by the sheer enthusiasm shown in attendance at the event on Wednesday night.

The positive thing about this awards night was that it wasn’t a passive experience for those involved. The young people and their schools/parishes were actively involved throughout the whole ceremony, providing music and displaying the talents that are being put to such good use within their local communities. This event wasn’t only about recognising the achievements of the participants, but also to give them another platform to showcase their skills.

The event continued by the introduction of not just one guest speaker but two. This year Armagh Diocesan Youth Commission wished to highlight and celebrate the Year of Consecrated Life. The two guest speakers were Sr. Maire McAteer from Sisters of Adoration and Reparation, Falls Road, Belfast and Br. Philip Mulryne ex professional footballer, now a Brother with the Dominican Order, St. Saviours, Dublin. Sr. Maire and Br. Philip gave a humbling testimony of their life, their challenges, their achievements and the importance of their faith. The evening continued with two inspiring young people creating an opportunity for questions and answers to the guest speakers.

After speaking to Armagh Diocesan Youth Director, Dermot Kelly, he said; ‘We invited our guest speakers, because they are young people who have chosen the consecrated life, they are people who epitomise that life can be challenging at times but if we all have trust in God anything is possible’.

The events included great, inspiring and lively music by the Rise of the Roses and solo by Brendan Marshall an ADYC volunteer. Archbishop Eamon Martin and Dean Colum Curry presented the awards and there was a great sense of achievement and enthusiasm in the Cathedral.

The Armagh Diocesan Youth Commission would like to thank those involved in the ceremony: award leaders, parents/guardians, and all who took part in what was clearly a successful and gratifying occasion.