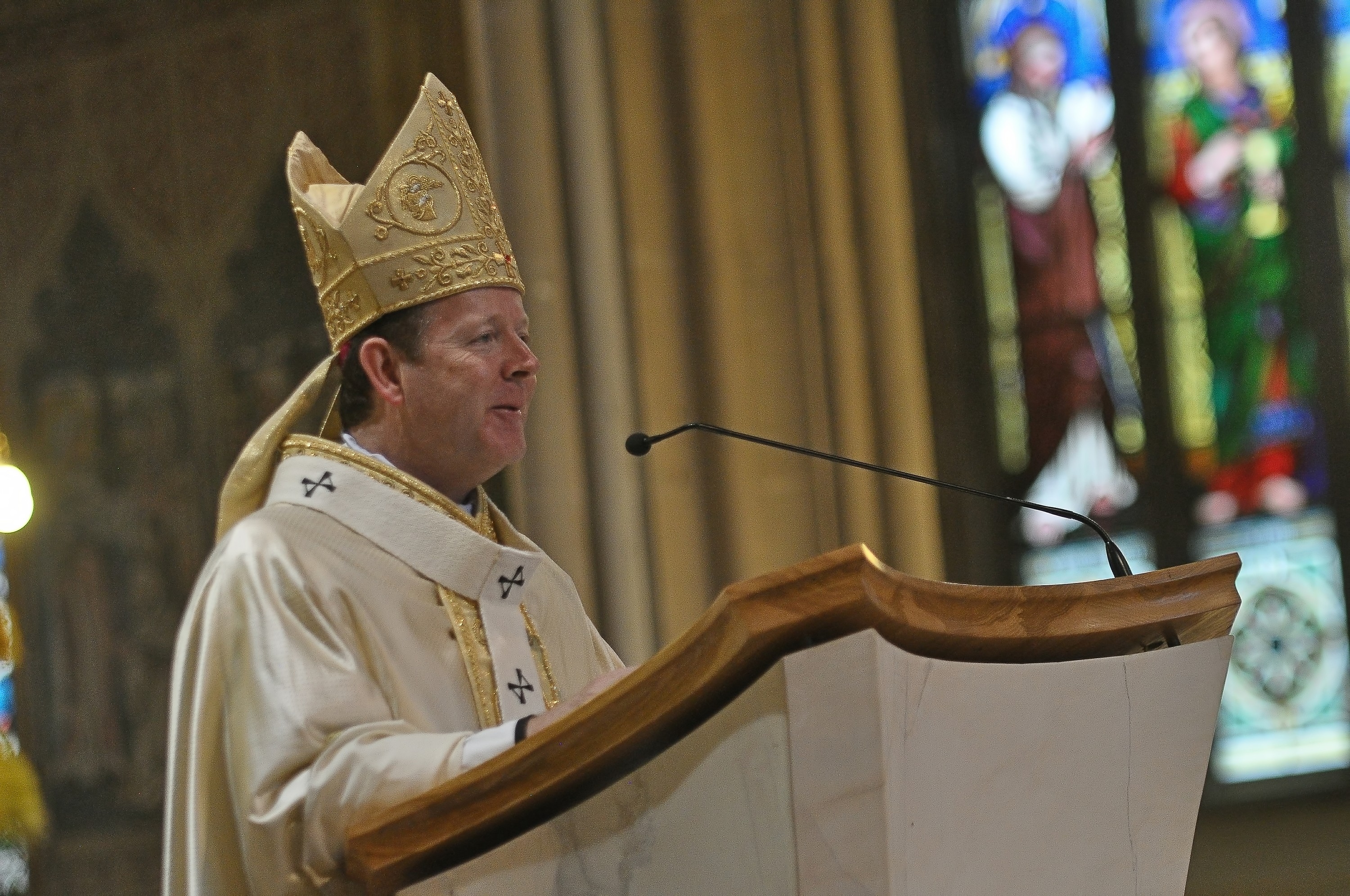 As a teenager growing up in Derry, I remember being inspired by the witness of the Peace People who brought many ordinary people onto the streets in a call for an end to the terrible violence at that time.  The mid-seventies saw some of the most shocking bombings and shootings of “the Troubles”.  Terrible tit-for-tat sectarian murders were leaving more and more families bereaved and traumatised.  It is hard to believe that it is now forty years since Mairead Corrigan and Betty Williams were awarded the 1976 Nobel Peace Prize for their courageous stand against all violence.

They touched my heart at the time, and the hearts and minds of so many ordinary women and men from every community who had enough of awful violence and who wanted to help build a better future based on dialogue, reconciliation, peace and cooperation.  Some people said that the Peace People were naive, others, that they were being manipulated.  For me, their message and actions were motivated by a strong belief in non-violence and a conviction that peace begins from the ground up in the simple yet powerful actions of good people who want to break the downward cycle of death and destruction.

Tragically for too many more families, the killings and grief did not stop in 1976 – nor even in 1979 when Pope Saint John Paul himself came to Ireland and got down on his knees and pleaded with men of violence to “turn away from the paths of violence and return to the ways of peace”.  He declared unequivocally in Drogheda that, “violence is evil, that violence is unacceptable as a solution to problems, that violence is unworthy of man.  Violence is a lie, for it goes against the truth of our faith, the truth of our humanity.  Violence destroys what it claims to defend: the dignity, the life, the freedom of human beings”.

Pope Saint John Paul paid tribute to the inspiration of “countless” men and women in Ireland who had been prepared to stand against violence and whose courage had “lighted up the darkness” of those “years of trial”.  He predicted, “In the years to come, when the words of hatred and the deeds of violence are forgotten, it is the words of love and the acts of peace and forgiveness which will be remembered.”

I mention all this today as Pope Francis has chosen 1st January 2017 – this 50th World Day of Peace – to reiterate the Christian message of non-violence and non-retaliation.  The Pope does so in the context of a world where there is still too much violence and merciless destruction of human dignity.  In his message for today, Pope Francis describes a horrifying “world war fought piecemeal” which causes great suffering.

“Violence is not the cure for our broken world”, Pope Francis says.  “Countering violence with violence leads at best to forced migrations and enormous suffering, because vast amounts of resources are diverted to military ends and away from the everyday needs of young people, families experiencing hardship, the elderly, the infirm and the great majority of people in our world.”

Of course our commitment to peace and non-violence finds its deepest roots in the message of Christ our Saviour, born the Prince of Peace.

Pope Francis explains how Jesus “unfailingly preached God’s unconditional love, which welcomes and forgives.  He taught his disciples to love their enemies (cf. Mt 5:44) and to turn the other cheek (cf. Mt 5:39).  When he stopped her accusers from stoning the woman caught in adultery (cf. Jn 8:1-11), and when, on the night before he died, he told Peter to put away his sword (cf. Mt 26:52), Jesus marked out the path of nonviolence.  He walked that path to the very end, to the cross, whereby he became our peace and put an end to hostility (cf. Eph 2:14-16).”

Over Christmas a man expressed to me his frustration about being unable to make a difference to the violence in the world.  From Aleppo to Berlin, from Mosul to Cairo, we see such terrible things happening in every corner of the globe.  “What are we to do, he asked?”  I found it difficult to give an easy answer.  I suggested that the first thing we all need to do is to look into our own hearts and minds.  Because it is here that all violence, anger, and the desire for revenge and retaliation begin.  Sadly, there is so much violence even in our own neighbourhoods and violence and aggression is often hidden in families behind the front doors of our own homes.  I was shocked recently to learn of the extent of domestic violence that leads to phone calls every twenty minutes or so to police and support services.

We can all contribute during 2017 to peace if we learn to model our lives more closely on the beautiful, yet challenging example of Jesus.  Saint Francis of Assisi, Saint Mother Teresa, Saint Thérèse of Lisieux assure us that little acts of love and kindness can melt even the most stubborn of vengeful hearts.  Dr Martin Luther King, Mahatma Gandhi, the Peace People and many others since have shown that it is possible to mould the path of non-violence and non-retaliation into a powerful movement for change and reconciliation.

The final words of Pope Francis in his message for the 50th World Day of Peace sum it up:

“All of us want peace.  Many people build it day by day through small gestures and acts; many of them are suffering, yet patiently persevere in their efforts to be peacemakers.  In 2017, may we dedicate ourselves prayerfully and actively to banishing violence from our hearts, words and deeds, and to becoming nonviolent people and to building nonviolent communities that care for our common home.”