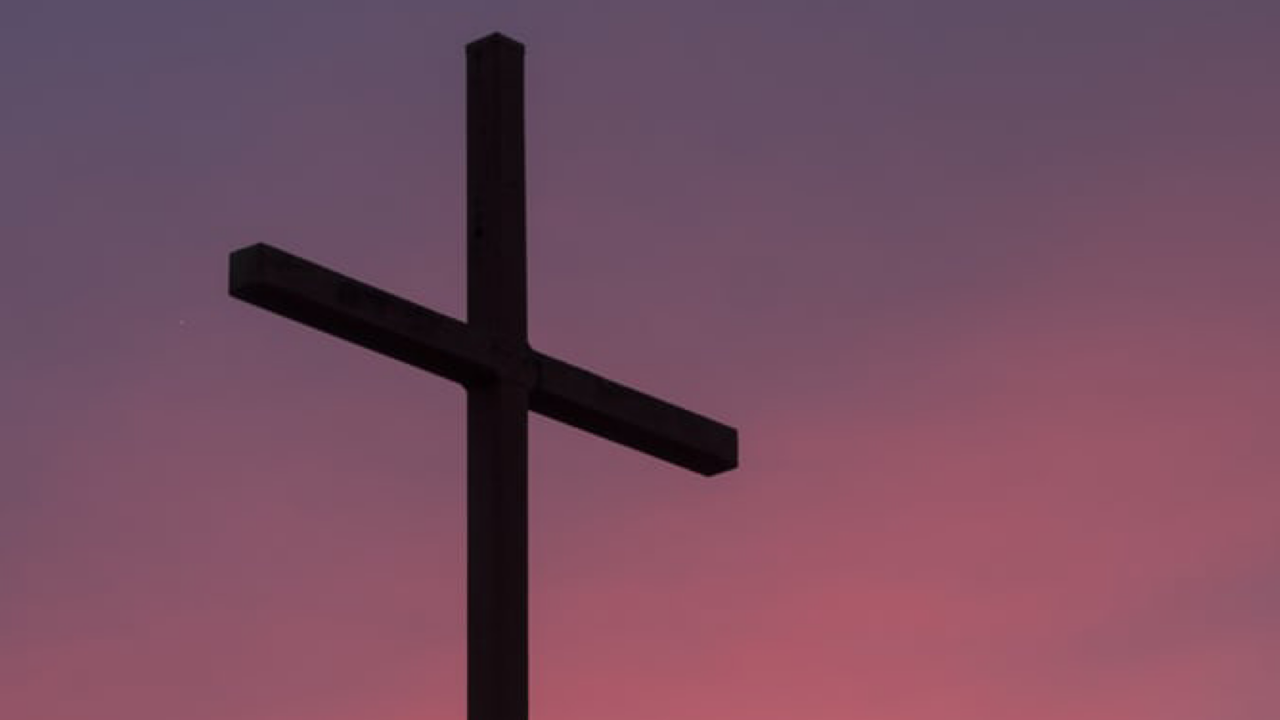 Catholic Bishops in Northern Ireland have written to the Secretary of State, Mr Brandon Lewis MP, expressing their concern at the UK Government`s proposed approach to dealing with the legacy of the past.  Mentioned below, the role of the Northern Ireland Catholic Council on Social Affairs, established in 2003, is to assist in the coordination of, and to enhance, the work of the bishops on social, legal, moral and political issues.  Please see the following correspondence of 7 April to the Secretary of State detailing  issues raised by the bishops such as prioritising victims as the focal point of a response in dealing with the legacy of the past; equal access to justice for all; facing the past however painful; and in seeking to achieve authentic reconciliation for a just and stable peace:

Since we have not had the opportunity to meet with you since taking up your new appointment, we wish to congratulate you on your appointment as Secretary of State for Northern Ireland and look forward to working constructively with you in the future.

Having considered your statement of 18 March 2020, it is deeply concerning to us that the UK Government has departed from this fundamental principle and has moved away from the position of equal access to justice for all.  A key principle of the NICOSSA response was that any approach to dealing with the past in Northern Ireland should commit to providing support and options for victims. In particular, NICOSSA stated;

“If we trivialise or ignore a history of suffering, or call on those who have suffered to forget or overlook their suffering, we are in fact continuing to perpetuate an oppressive situation. Reconciliation can only come about if the nature of the violence perpetrated is acknowledged, and conditions for its recurrence are removed. Real reconciliation means that we cannot forget the past. We must face the past, no matter how costly or painful that encounter may be, before real reconciliation can flourish. Victims and survivors have paid the highest price for the fragile peace we all enjoy today. For too long their voices have been marginalised in our society, and their needs neglected”.

We feel impelled to reiterate these words.  As a society, we must face up to the reality of the past. We must consider the actions of all involved.  State and non-state actors must be equally accountable before the law. Otherwise no authentic reconciliation can be achieved.

“Justice should be pursued, for a just society is a society of peace. For those victims who do not feel justly treated, the wounds of the past will never fully heal.  We therefore support the ongoing pursuit of appropriate criminal, legal and civic justice for all victims”.

The NICOSSA response also held that the search for truth must be pursued unflinchingly. Accordingly, NICOSSA cannot  support any legislation that substantially undermines the foundational work of the 2018 process and provides that State-actors would not be equally subject to the rule of law.

The participants to the Stormont House Agreement agreed that:

‘As part of the transition to long-term peace and stability the participants agree that an approach to dealing with the past is necessary which respects the following principles:

It is deeply concerning that the proposed legislation for Northern Ireland, which is stated to mirror the provisions of the Overseas Operations (Service Personnel & Veterans) Bill, will not honour some of these principles, in particular the human rights compliance provision, the commitment to uphold the rule of law, the commitment to facilitate the pursuit of justice, and the pledge to devise a modality that is inter alia, transparent, fair and equitable.

You have said it is the Government’s view that;

“…to best meet the needs of all victims and of wider society, we need to shift the focus of our approach to the past. While there must always be a route to justice, experience suggests that the likelihood of justice in most cases may now be small, and continues to decrease as time passes. Our view is that we should now therefore centre our attention on providing as much information as possible to families about what happened to their loved ones – while this is still possible”.

We would be interested to know the empirical basis leading to this conclusion. NICOSSA is equally concerned that very little information has been appended to your statement as to the detail of how proposed new approaches to dealing with the past will operate. This is unfortunate given the detailed information regarding the proposed operation of, for example, the Historical Investigations Unit, in the suite of consultation documents entitled, ‘Addressing the Legacy of Northern Ireland’s Past’.

Moreover, we have concerns about the proposals regarding investigations, particularly the requirements needed to pursue investigations.  These are manifestly onerous and contrary to the normal procedure for the investigation and prosecution of crime.  We do not believe such approaches represent fair and open access to the pursuit of justice for all.  In fact, these approaches would self-evidently discriminate against victims of Troubles’ related crimes in Northern Ireland, and would therefore be a breach of Article 14 of the European Convention as provided by the first Schedule to the Human Rights Act 1998.

You have also stated that;

“The Government believes that this approach would deliver a fair, balanced, and proportionate system that is consistent with the principles of the Stormont House Agreement and deliver for all those who have been affected by the events of the past; striking a balance in enabling criminal investigations to proceed where necessary, while facilitating a swift transition to an effective information recovery mechanism before this information is lost forever”.

With the information available to us at present, we disagree with this statement and do not believe it is consistent with the principles of the Stormont House Agreement or will deliver for all affected by the events of the past.

Overseas Operations (Service Personnel and Veterans) Bill.
Turning to the Overseas Operations (Service Personnel and Veterans) Bill, we read with particular concern many of the provisions of the Bill, inter alia, with regard to the presumption against prosecution and the provision of a duty to consider derogating from certain rights in the European Convention on Human Rights. As stated above, whilst we understand that this Bill relates to overseas activities, we note that the Rt Hon Ben Wallace MP has stated that;

“Addressing the legacy of Northern Ireland’s past – delivering reconciliation whilst also ensuring that veterans who served in Northern Ireland are treated no less fairly than those who served overseas – will form the basis of separate legislation to be brought forward by the Northern Ireland Office. The legislation will deliver on the Government’s commitment to legislate on this issue in the “New Decade, New Approach” deal. This will be brought forward in a timeframe which is broadly in line with the key stages of the passage of the Overseas Operations (Service Personnel and Veterans) Bill”.[1]

Since you have confirmed the Government’s intention to ensure equal treatment of veterans who have served in Northern Ireland with those who served overseas, we are alarmed by the provisions of this Bill and wish to strongly assert our opposition to many of its Articles.

As it stands, owing to the fact that prospective prosecutions of State-actors in NI appears to require the consent of both the Attorney General and the Advocate General for NI, it is clear that the measures proposed in the Bill have a particular impact on Northern Ireland. In our view this is manifestly prejudicial to those in NI who may make a complaint of an offence committed by State Forces in NI that could lead to a prosecution and therefore appears to be in contravention on Article 14 of the European Convention.

As a High Contracting Party to the European Convention, the United Kingdom has affirmed its “profound belief in those fundamental freedoms which are the foundation of justice and peace in the world and are best maintained on the one hand by an effective political democracy and on the other by a common understanding and observance of the Human Rights upon which they depend”.  The provisions you have suggested for Northern Ireland run contrary to these established commitments, leaving us to wonder if the UK Government is retreating from the belief that the foundation of justice and peace in the world is best maintained by a common understanding and observance of Human Rights.  The Overseas Operations (Service Personnel and Veterans) Bill proposes a different observance, understanding and application of these rights to the actions of the British Armed forces overseas.  In essence, the Bill provides an inversion of the normal principle that every citizen is subject equally to the rule of law. It provides a presumption against prosecution.  The effect of this is the way in which the British Armed forces can behave overseas differs to the standard of behaviour to which they may be held when on home soil.  We fundamentally disagree with this proposition as it may relate to Northern Ireland, as well as any other country. Derogation from the European Convention is strictly limited to the provisions of Article 15.  For the avoidance of doubt, NICOSSA’s view is that the provisions of Article 15 of the Convention did not and do not apply in respect of the conduct of the British Armed Forces in Northern Ireland.

Conclusion
While we do not wish to outline all of our detailed concerns on this issue at present, we wish to express our alarm and disappointment at the new position which the UK Government is taking to address the legacy of the past in Northern Ireland, and specifically its departure from the understanding inherent in the Stormont House Agreement to which all parties signed up to with good-will.

In addition, we wish to draw your attention to the serious implications of even partly undoing existing agreements. The timing of the announcement was unfortunate, coming at a time when our citizens, and people across the world, are dealing with the serious impact of the global Coronavirus pandemic. The implications of the proposals are therefore not receiving the widespread scrutiny they might otherwise receive.

We also caution that any similar proposed legislation to the Bill referred to in this letter, which would make specific provisions for Northern Ireland, could destabilise the Executive and other institutions which are only recently operational again after three years of political sclerosis, and currently exist on a fragile equilibrium. Any such legislation would undoubtedly provoke significant political and public reaction as a time when a strong and unified Executive, focussed on delivering the best outcomes for the health of citizens in NI, is needed more than ever.

We look forward to hearing from you on these important issues.

Most Rev Noel Treanor DD
Bishop of Down and Connor