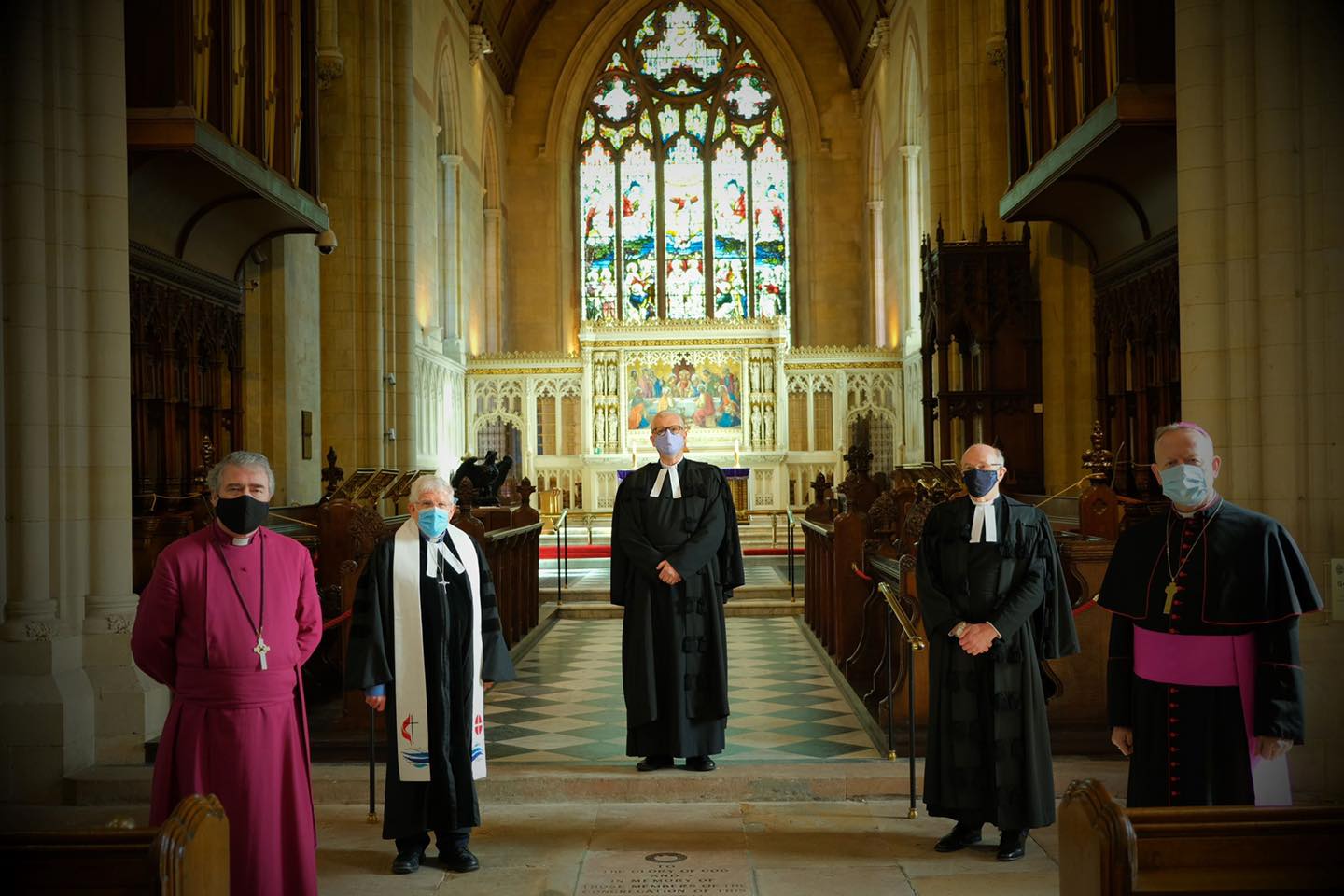 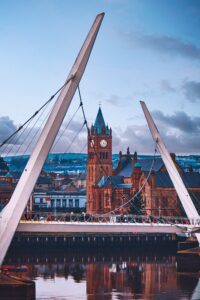 ‘Blessed are the peacemakers, for they will be called the children of God’

As Christian Church Leaders from across the island of Ireland we appeal to our political leaders to come together in a unified response to the heartbreaking scenes witnessed on our streets last week and renew their commitment to peace, reconciliation and the protection of the most vulnerable.

The causes of this most recent outbreak of violence are complex and, in some respects, deep-rooted. Church representatives and other community leaders working on the ground in affected communities have spoken to us of their frustration at seeing another generation of young people risk their lives and their futures because repeated warnings about the need to treat our fragile peace with care went unheeded.

The Good Friday/Belfast Agreement has rightly been held up as a beacon of hope for societies in conflict around the world. The significant reduction in violence since 1998 is a major achievement that serves to remind us that the problems we face at present are not insuperable. But that experience also teaches us that these challenges can only be addressed by political leaders coming together with a genuine desire to find solutions and accommodations which meet the legitimate concerns of others as well as their own. The Good Friday/Belfast Agreement, and the subsequent agreements that built on its foundations, recognised our interdependence on these islands and the consequent responsibility to respect all identities and foster good relations within Northern Ireland, on the island of Ireland and between the UK and Ireland.

We have previously advocated for the need to protect all these relationships in the context of Brexit. The Northern Ireland/Ireland Protocol presents many challenges to the flow of trade and also the flow of goodwill across and between these islands. Some of the challenges were foreseeable and have been planned for and mitigated (at least in part). The political outcomes of the Protocol are more difficult to address because they are tied in with very big issues of world trade and sovereignty. The only way in which these will be constructively handled, from a Northern Ireland point of view, and with a good chance of a successful outcome, is if the European Union (including the Irish Government) and the Government of the United Kingdom are approached jointly by the entire Northern Ireland Executive advocating for the protection of the common good across the whole of Northern Ireland. Such a joint approach would be difficult to turn down, but to develop it will require a renewed generosity of spirit from political leaders on all sides of our community.

Leaders, organisations and communities make mistakes. As Christian leaders we are conscious of the need to acknowledge the failings of leadership from the churches in our ministry to divided communities. In such circumstances there is nothing ignoble in showing genuine sorrow. It is hardly surprising, given the complexities of our relationships at home and abroad, that politicians, political parties and others in leadership make miscalculations. Learning from the consequences of miscalculations is much better than an endless scramble to paper over the cracks.

We also have to face the difficult questions about who pays the price for our failings. In the past week we have seen people afraid to leave their homes, others at risk of violence as they go about their work and young people feeling that they have no stake in society or hope for the future. Much good work on the ground has been undermined as tension has risen and confidence has plummeted. It has been horrific to witness the intensity of the violence directed against the PSNI and the extent of the injuries sustained by officers. All of us in Northern Ireland have created a society in which even-handed policing requires the wisdom of Solomon combined with the patience of Job. The PSNI is relentlessly scrutinised by the Policing Board, and other organs of accountability. In that sense the PSNI has a political legitimacy across this community which is enjoyed by few other institutions. It is vital that we address concerns in a way that strengthens our democratic processes rather than undermining them.

We are conscious too that Churches are only a small part of the wider civic leadership in our society, and that all civic leaders have a responsibility to support our elected representatives as they seek to negotiate difficult compromises and find new accommodations for the common good. At the same time, we have a responsibility to hold them to account, and the persistent levels of socio-economic inequality in the areas worst impacted by violence, over two decades after the signing of the Good Friday Agreement, demand more sustained attention and meaningful intervention by political leaders. The Agreement provided for regular and transparent engagement of civic leaders in policy development, but in practice this has been implemented only in a very limited way, and all too often as an emergency response rather than a preventative measure. Churches, together with other civic leaders, are keen to play our part in addressing the root causes of violence and working to ensure all communities here can enjoy the benefits of peace into the future.

Please be assured of our continued prayerful support for your leadership at this critical time.

The Most Revd John McDowell

Church of Ireland Archbishop of Armagh and Primate of All Ireland

The Most Revd Eamon Martin

Roman Catholic Archbishop of Armagh and Primate of All Ireland

Moderator of the General Assembly of the Presbyterian Church in Ireland

President of the Methodist Church in Ireland

President of the Irish Council of Churches