Home Cardinal Statements and Addresses 2013 Easter 2013 message from Cardinal Seán Brady to all people of goodwill... 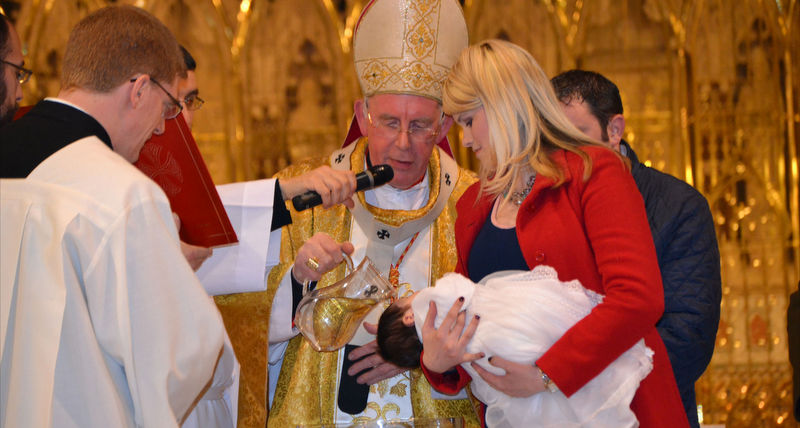 Towards the end of his First Letter to the Corinthians Saint Paul states: “that Christ died for our sins, that he was buried, that he was raised on the third day in accordance with the scriptures” (1 Cor 15:3-4). This is the gospel in miniature version, short enough that it can even fit into a single Tweet! Yet in those twenty-three words, the story of Easter is perfectly captured. Christ died, he was buried and, on the first Easter Sunday, he was raised from the dead, as had been foretold in the Scriptures. This is the essence of our faith; we are an Easter people who believe that God sent his Son into the world that we might be saved.

The season of Lent is traditionally a time of fasting and abstinence in preparation for Easter. This year it was also a time of great excitement and I was privileged to be in Rome during the last days of the papacy of Pope Benedict, the Conclave and the beginning of the papacy of Pope Francis. These were, and continue to be, exciting days. I am reminded of this when I read the Gospel reading from John 20:1-9, which we read on Easter Sunday morning. When he hears the news that the tomb is empty, John takes off running, so excited is he that the worst may not be true; that the Lord might be alive!

That life is key to Easter and to the story of the resurrection. It is a story that brings life. Jesus has not succumbed to the power of death, but has been raised by God to a new life; and death has no power over him. We are called to imitate Jesus in his life, so that we may with him be raised to the fullness of life.  At this time I ask again of Catholics – and of all people of goodwill across Ireland – to celebrate and cherish the gift of human life in all its stages from conception to its natural end.

Pope Francis, in his first Homily as Pope, has spoken of the importance keeping Christ in the centre of our lives and following him on the way of the Cross. This will not always be easy, but it is our calling as Christians.

In his Homily at the inaugural Mass of Petrine Ministry, Pope Francis said: ‘Let us never forget that authentic power is service, and that the Pope too, when exercising power, must enter ever more fully into that service which has its radiant culmination on the Cross. He must be inspired by the lowly, concrete and faithful service which marked Saint Joseph and, like him, he must open his arms to protect all of God’s people and embrace with tender affection the whole of humanity, especially the poorest, the weakest, the least important, those whom Matthew lists in the final judgment on love: the hungry, the thirsty, the stranger, the naked, the sick and those in prison (cf. Mt 25:31-46). Only those who serve with love are able to protect!’

These inspiring words have been supported by actions, which have provided iconic images beamed across the world. The joyful embrace of the man with a disability whom Pope Francis embraced as he was held in the arms of his carer; the moving scenes of the Pope washing (and kissing) the feet of twelve young people in Casal del Marmo penal institute; the throngs of people who were greeted by the Pope after his first Sunday Mass celebrated in the Church of Saint Anna, are all reminiscent of scenes in the Gospels. The example given by Pope Francis presents a challenge to each of us, the same challenge presented by Jesus in Matthew chapter 25 to reach out in service to our sisters and brothers in need.

On that first Easter morning, Mary went to the tomb while it was still dark. Yet that darkness dissipated, and the light of hope and resurrection began to shine. Today, almost 2,000 years later, there are still moments of darkness in everyone’s life: families hit by recession struggling to make ends meet; tables with an empty chair, especially following the tragic loss of a loved one; families struggling with addiction; yet as Christians we cling to the hope born in the empty tomb. Darkness will not have the last word; the journey does not end at the Cross but begins again with the Resurrection. It is my prayer that the light of Christ enter the hearts and minds of all Irish people this Easter.