Home Featured News Evening of reflection on The Christian Vocation 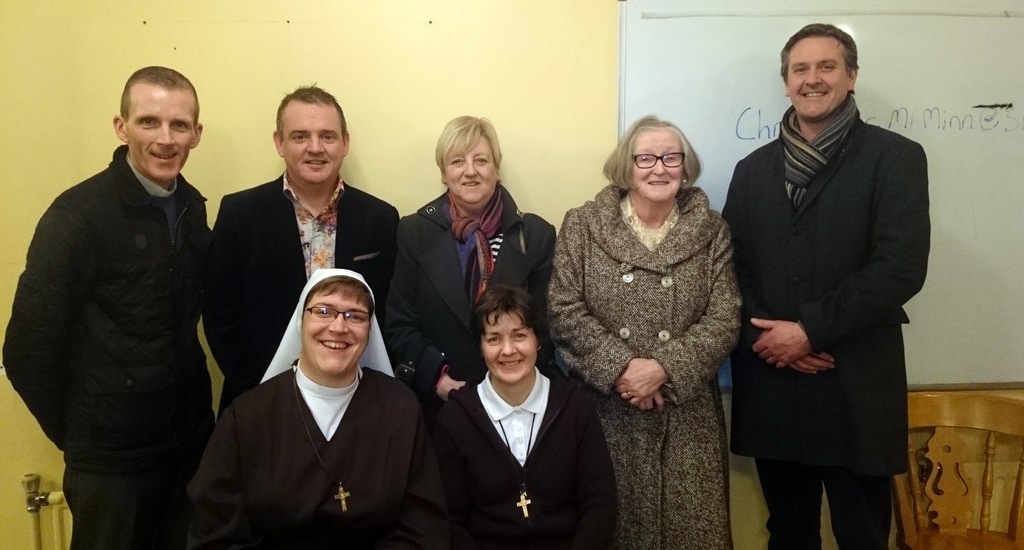 Last Thursday evening, a large crowd gathered in the former Convent of Mercy, Dungannon to hear three people share their different “vocation” stories. The three testimonies were given by a priest and two women who are in religious life.

Father Brendan Collins is a priest of Derry Diocese and he was ordained a priest in 2013. Prior to entering seminary, he studied Business at the University of Ulster and worked in retail management. Father Brendan studied philosophy at Queen’s University, Belfast and Theology at The Pontifical University of St Thomas Aquinas, Rome. He presently serves in The Long Tower parish and in addition to his parish duties, he is Chaplain at the Ulster University, Magee Campus.

Sister Maire McAteer is 34 and she’s a native of Aghyaran, Co Tyrone. She’s currently a novice with the Sisters of Adoration and Reparation, Falls Rd, Belfast. Maire studied Irish in The University of Ulster, Coleraine and then taught Irish in Omagh. She has a deep love of the Irish language and Irish culture.

Elaine Kelly is 47 and she was born and reared in Belfast. She’s currently a postulant with the Sisters of Adoration and Reparation. Elaine was formerly a barrister for 23 years. She’s an enthusiastic marathon runner and was an active member of the pro-life group, Rachel’s Vineyard.

The evening began with prayer which was led by members of Armagh Diocesan Vocations Team and the music was provided by Eglish Choir. After the prayer, the testimonies were given and each of the three visitors shared very powerful stories. Before the end of the gathering, there was an opportunity for discussion and reflection and as people shared in the supper afterwards, all agreed that it was an evening with a difference and one which will be remembered for some time by all. 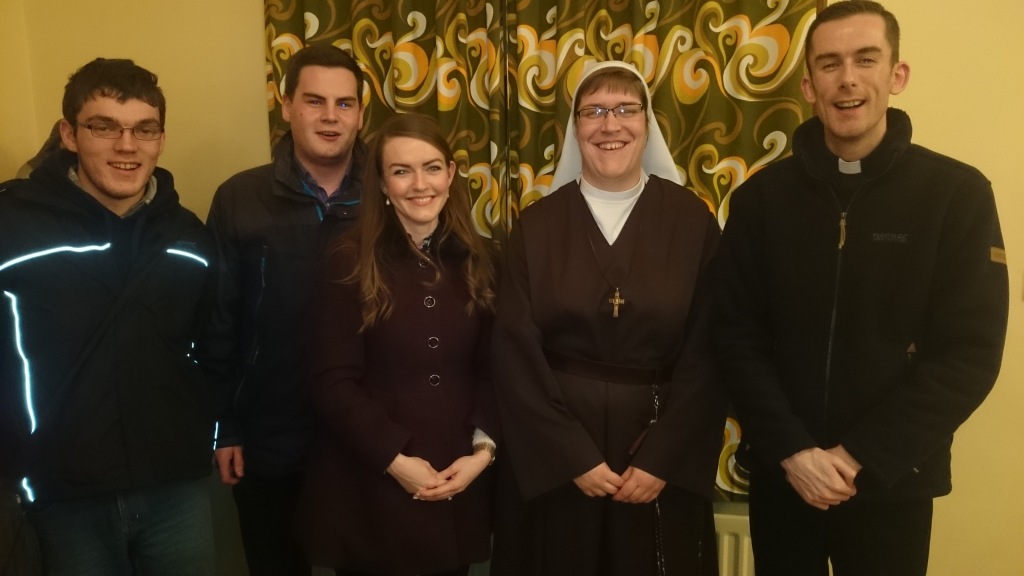