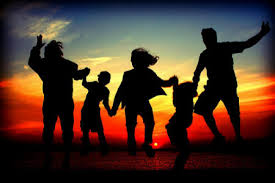 Please find a thank you and information on the recently held questionnaire on the Family Synod. Family Synod – Thank you

We would like to thank all of those who contributed to the questionnaire and the group meetings on The Pastoral Challenges to the Family in the Context of Evangelisation. The exercise provided very rich material which informed the final document that was sent from the Irish Episcopal Conference to the Vatican in preparation for the forthcoming Synod on the Family. (See Appended Statement from IEC at end of document)

¥ The Office of Pastoral Renewal and Family Ministry was asked to organise the distribution, the collection, the collation, the overview of the feedback and to compile a plenary report to Cardinal Sean Brady before Christmas 2013.

¥ In speaking to a number of priests and lay people who had the opportunity to look at the preparatory document that emerged from the Vatican there was a view that the language and some of the technical terms were more than a little problematic for the ordinary parishioner.

¥ In order to simplify the process but with a view to remaining faithful to the intent of the questions a small group (Dympna Mallon, Fr Gerry Campbell and Dr. Tony Hanna) created an alternative document which we hoped would prove more accessible for the average parishioner.

¥ Almost 100% of the responses came from the simplified questionnaire, although both options were made available to people.

¥ We received responses from approximately three hundred people from across the Archdiocese, most of them individual respondents but we also had a significant number of group responses, typically from Parish gatherings, Parish Pastoral Councils or couples who chose to engage collegially with the questionnaire

¥ Aware of the human tendency to see things from the perspective of our own paradigm,we created a team of four readers (male & female, cleric and lay) who examined the material and individually summarised the salient points that were emerging.

¥ We then pooled our findings and agreed the key, recurring responses to each question.In this way we hoped to have a balanced perspective of the relevant data.

¥ Where statistics were invited by the question we took the mean of the responses.

¥ The opportunity for the faithful to engage in this process was widely welcomed. Many of the respondents expressed their delight at being consulted.As one older woman put it, ”This is the first time I have been asked for my views and it is really important that we let Rome know what we think about these issues.”

¥ Other voices criticised the language of the official document and many were of the view that the use of the terminology involved in the questions showed just “how much the Vatican is out of touch with ordinary Catholics.”

¥ “This questionnaire is very poorly though out. The questions are not easily answerable by members of the laity. Getting reliable statistics from the answers will not be possible. Sorry to be so negative about such a great idea. But if the Church is serious it must do it better.”

¥ Many respondents felt that the time frame for completion was very short and the promotion and distribution of the material was haphazard and in some cases it appeared not to be supported by the local clergy who did not promote it nor make it readily available.

Approximately 300 people responded to the invitation to complete the survey. The breakdown of returns was as follows:

Bishops thanked the thousands of people who responded to the questionnaire on the theme “Pastoral Challenges to the Family in the Context of Evangelization”. These responses from the dioceses of Ireland are already helping to inform the preparations for next October’s Extraordinary Meeting of the Synod of Bishops. The responses also provide us with a framework for considering important pastoral issues regarding marriage and the family.

Support for marriage and family life is central to what the Church teaches and lives. Marriage is a sacrament, a sign of God’s love, which mirrors the love of Christ for His Church. The gift from God of the family, based on the love of wife and husband and open to life, is a gift that the Church seeks to protect and cherish. As the original cell of society, the family is essential for the formation of members of society. It is a place where generosity, tenderness, forgiveness, stability, care, acceptance, and truth can be best taught and learned. Parents are also “the first and best teachers of their children in faith”. The parish community has an important role in assisting parents in bringing their children to Jesus Christ and leading them in the ways of faith.

The responses to the Synod questionnaire identify the immense challenges faced by families in Ireland, including problems arising from severe financial hardship, unemployment and emigration, domestic violence, neglect and other forms of abuse, infidelity and constant pressures on ‘family time’ together. Some respondents expressed particular concern about the limited amount of State support for marriage and the family. These challenges form the context in which the Church in this country continues to proclaim to the world the ‘Gospel (Good News) of the family’.

We wish to encourage and accompany with love those who are struggling to live family life. Many of those who responded to the questionnaire expressed particular difficulties with the teachings on extra-marital sex and cohabitation by unmarried couples, divorce and remarriage, family planning, assisted human reproduction, homosexuality. The Church’s teaching in these sensitive areas is often not experienced as realistic, compassionate, or life-enhancing. Some see it as disconnected from real-life experience, leaving them feeling guilty and excluded. We recognise our responsibility as bishops to present faithfully the Church’s teaching on marriage and the family in a positive and engaging way, whilst showing compassion and mercy towards those who are finding difficulty in accepting or living it.

Bishops encourage all the faithful to engage in continued dialogue and discussions in these critical areas particularly over the coming two years. This will be facilitated by the Bishops’ Council for Marriage and the Family which will host a special conference on the family and marriage on 14 June next. The Extraordinary Synod in the Vatican in October will be followed by an Ordinary Assembly of the Synod in 2015, also be themed on the ‘Family’. In addition, the World Meeting of Families will take place in Philadelphia in September 2015.

Irish bishops ask people, priests and religious to pray for families and for the success of these gatherings in line with Pope Francis’ recent request in his Letter to Families on 25 February.