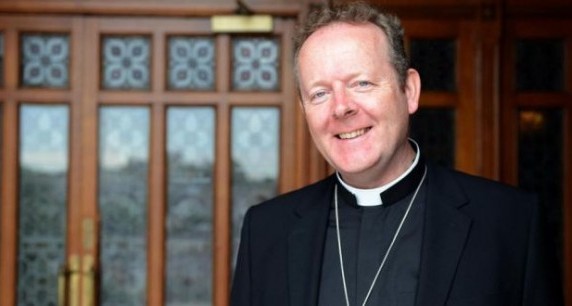 Up until 1914 not many people, outside of Belgium, had ever heard of the city of Ypres. But during World War One, the city of Ypres, or ‘Wipers’ as it was nicknamed, became the scene of some of the most ferocious and bloody fighting of the war. The miles upon miles of trenches dug there became synonymous with the pointless death and destruction of war. One million, seven hundred thousand soldiers were killed or wounded near Ypres.

Last month Pope Francis visited the war cemetery at Redipuglia in Italy to mark the centenary of the beginning of the war. He recalled how his own grandfather, Giovanni Bergoglio, who had fought near there, had been left with bitter and painful memories for the rest of his life. Pope Francis gave a powerful sermon that day. The Holy Father said, “War is madness … war destroys. It ruins the most beautiful work of God’s hands: human beings. War ruins everything, even the bonds between brothers. War is irrational; its only plan is to bring destruction.”

We gather this evening to join in prayer for the universal intentions of Pope Francis – for peace in the world and for dialogue among the nations. I am grateful to Her Excellency, Ambassador Alicia Castro of Argentina for encouraging us to gather in this way to honour the Pope’s wishes. The prayer intentions for peace and dialogue have been close to the Holy Father’s heart since his election as pope last year. He speaks out often for peace and justice and he has already taken courageous initiatives to draw attention to the futility of war and to the way that so many innocent children, women and men have had their livelihoods destroyed in horrific conflicts all over the world.

Just this week at the Synod on the Family in Rome, the bishops, gathered with Pope Francis, expressed their “pastoral concern and profound closeness” to all families who suffer as a consequence of war. In particular, they remembered “Iraqi and Syrian families, forced on account of their profession of the Christian faith or their belonging to other ethnic or religious communities, to abandon everything and flee towards a future without any form of certainty.”

One of my favourite photographs of Pope Francis shows him, with a big smile on his face, releasing a white dove into the sky above Saint Peter’s. It’s a beautiful image of freedom, peace, and hope, and I can’t help thinking that Pope Francis is calling all of us to be missionaries of freedom, peace and hope in the world. In choosing the name “Francis” for his pontificate, he wanted us to think of Saint Francis of Assisi, “the man of peace.” He challenges us to be, like Saint Francis, instruments of Christ’s peace in our day-to-day lives – to sow God’s love where there is hatred; God’s pardon where there is injury; to bring joy where there sadness; light where there is darkness; hope where there is despair. What a daunting but wonderful mission that is!

To be missionaries of peace, like Saint Francis and Pope Francis, we need courage – the courage which comes from God. Earlier this year, Pope Francis invited the Israeli President, Shimon Perez, and the Palestinian President, Mahmoud Abbas, to pray with him in the Vatican Gardens. Before praying he told them: “Peace-making calls for courage, much more so than warfare. It calls for the courage to say yes to encounter and no to conflict; yes to dialogue and no to violence.” He continued, “But such courage is beyond our own power, for ‘the evil one’ subverts the human efforts at peace.” That is why we need the help of God.

Much closer to home, I would like to pray this evening for our own political representatives as they begin a new round of talks as part of our continuing peace process. It will take courageous and creative leadership on their parts to move things forward, a leadership that has enough self-belief and commitment to the greater good to look beyond the next election or purely party-political interests. If we just keep on digging trenches for ourselves then there is a real risk that confidence in the ability of politics to resolve problems will be undermined. That is why I ask and pray that our politicians will have open minds and generous hearts during these talks, together with steady nerves and prudent speech. I appeal strongly to them on behalf of so many people to make the talks work this time. I am confident that many of us in the Churches and civic society stand ready to play our part in making their agreements work on the ground. I offer this prayer for all who are involved in the talks. It was written on 8 June by Pope Francis for peace throughout the world:

Lord God of peace, hear our prayer!
We have tried so many times and over so many years to resolve our conflicts by our own powers and by the force of our arms.
But our efforts have been in vain. Now, Lord, come to our aid!
Grant us peace, teach us peace; guide our steps in the way of peace.
Instil in our hearts the courage to take concrete steps to achieve peace.
Amen.