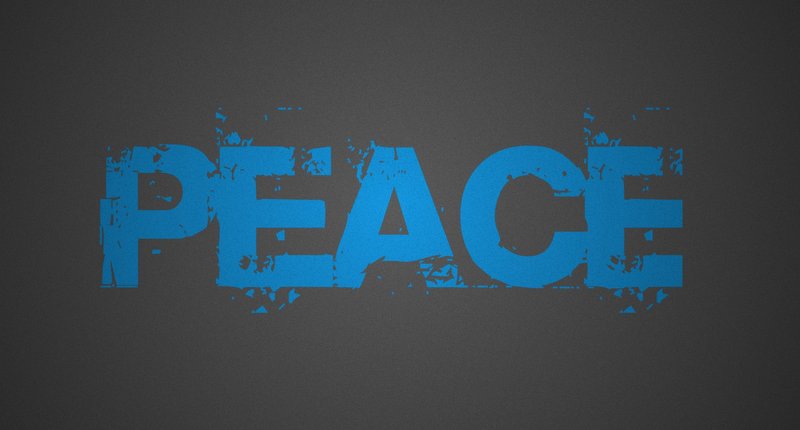 – Effective policies are needed to secure for people, who are equal in dignity and rights, access to health, education and what they need to realise their potential and develop fully as a person.
– May the paternity of God and the maternity of Mary, make the world so aware of its fraternity as to make war, at some stage in the future, unthinkable.

The shepherds went back to work but they went back with joy in their hearts. They were singing praises to God for all they had seen and heard. They had seen that their Saviour was born – Christ the Lord. They had heard the angel singing: ‘Glory to God in the Highest Heaven and peace on earth to those with whom He is pleased’

But I am sure that they may have wondered how the peace on earth was going to be achieved. Life was sometimes rough for them and anything but peaceful. They did not yet know that the New Born Saviour would, one day, say to his learners: ‘You have only one Father, who is God, and you are all brothers and sisters”. Jesus went much further and matched His fwords with deed. He gave Himself up to death for love of the Father.

Jesus Christ is peace. His death on The Cross brings an end to the separation between peoples. Jesus broke down the wall of separation which divided people. He broke down the hostility between them. All who accept the life of Christ see God as the Father of all.

In the Family of God we are all sons and daughters of the same Father. All are loved by God. All enjoy the same dignity. All have been saved by the blood of Christ, who died on The Cross and rose for all. All of us have been given Mary to be our mother, by Christ, as He hung, dying on The Crossh. That is why none of us can remain indifferent when we hear and see, on our TV screens, the massacres that are taking place in Syria or Sudan; Iraq or Democratic Republic of Congo. None of us can remain indifferent when the Philippines are devastated by storms.

None of us can remain indifferent when talks, aimed at resolving the issues of flags, parades and the past break down. Our brothers and sisters are involved. We are grateful for the work of the negotiators. We owe it to them, and to ourselves, to consider carefully their proposals and work to secure a lasting solution. It is because they appreciate the value of peace, that so much hard work has been done.

In his first Message for the World Day of Peace – Pope Francis reminds us of these things when he describes fraternity as the foundation and pathway to peace. He describes fraternity as a lively awareness of the fact that we are all related. We are, therefore, expected to see one another and to treat one another as brothers and sisters. This lively awareness is generally first learned in the family – which is meant to spread its love to the world around it.

Pope Francis reminds us that there is a longing for fraternity in the heart of each one of us. This longing has been placed there by God our Father. Unfortunately, there are many obstacles that prevent us from fully responding to that longing. Pope Francis speaks of the jealousy that provoked Cain to kill his brother Abel – simply because Abel was different and his offering was preferred by God to that of Cain. Earlier this week on the radio I heard a man explain why his house was wrecked over Christmas. “It was due to jealousy” he said.

Pope Francis asks the question: ‘Will the men and women of the world even manage, by their power alone, to overcome indifference, egoism and hatred. Will they ever manage to accept the legitimate differences, typical of brothers and sisters?’

The story of Cain and Abel shows that we are called to fraternity – to this awareness of being really brothers and sisters. Unfortunately, we all have the tragic capacity to betray this calling with our daily acts of selfishness. Acts of selfishness are at the root of so many wars – national – international – even domestic.

The basis of our fraternity – of our all being brothers and sisters, is found in God’s love – God is love – God is the Father of All. It is found in the concrete, personal love which God has for every man and woman, young and old, weak and strong, rich or poor. That love of God – once it is welcomed into our hearts – gives us the power to change our lives and relationships with others.

Pope Francis sees fraternity as a prerequisite for fighting poverty and putting an end to wars. Effective policies are needed to secure for people, who are equal in dignity and rights, access to health, education and what they need to realise their potential and develop fully as a person.
In addition to policies there is a need for people to choose to live a more modest lifestyle so that all may have the basics. Similarly, while international agencies and national laws are important, and greatly to be desired, they are not, in themselves, enough to protect us from the risk of armed conflict.

A conversion of heart is needed to see the other person as a brother or sister to care for and work together with. ‘To those who sow violence and death by force of arms’, Pope Francis makes this appeal, ‘In the person you see today simply as an enemy to be beaten, discover your brother or sister and hold beneath your heart.’

The Pope asks Mary, the Mother of Jesus to help us to understand and love every day the fraternity that springs up from the heart of her Son so as to bring peace to all on this, our beloved earth.

This the first day of the year concentrates on Mary and her maternity. It is already an announcement of peace. Every maternity reveals the desire and the presence of life. It shows the holiness of life. War is always aimed at killing. It is the destruction of life conceived. May the paternity of God and the maternity of Mary, make the world so aware of its fraternity as to make war, at some stage in the future, unthinkable.