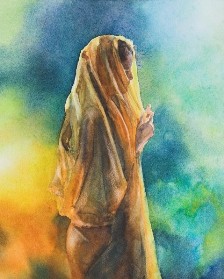 The aim of HFHNI is to provide permanent housing for the poorest people in many of the poorest countries of the world.  It relies on the fundraising and the physical labour of the volunteers.  The current aim of the Bangalore division is to provide secure housing to women who find themselves as the main provider in single head households.

India is a country of 1.3 billion people and 40% of them live below the world recognised poverty line. The team worked in a slum area called Kodti and were divided to work on two houses on separate sites.  In both cases the families had lived in homes on these sites which were of inadequate quality and needed replaced.  There is no sanitation or running water to these homes and they are built on an old rubbish dump. The houses are small and are built practically one on top of the other.  There are no gardens or playgrounds.  Children play around the rubbish dumps nearby which are rat infested and of course open to diseases of all kinds.  Sewerage and waste water run openly in channels on the side of the street were the people sit and socialise together.

Most of the people are uneducated but are able to speak at least three languages. Their warmth and hospitality are extraordinary and their sense of community is enviable.  They have nothing materially but they are rich on dignity and self respect.

In the Gospel, Jesus tells us that the poor will always be with us. Most of us struggle with what that means.  But in reflecting on the grave poverty that exists in a world of great wealth, the poorest of our world remind us of the values we are losing or have lost.  They remind us that happiness is not to be found in the latest technological toy or most recent fashions. Above all they remind us that the greatest love can only be found as we serve one another and true Christian service is that which is freely given and without counting the cost or looking for reward or return.