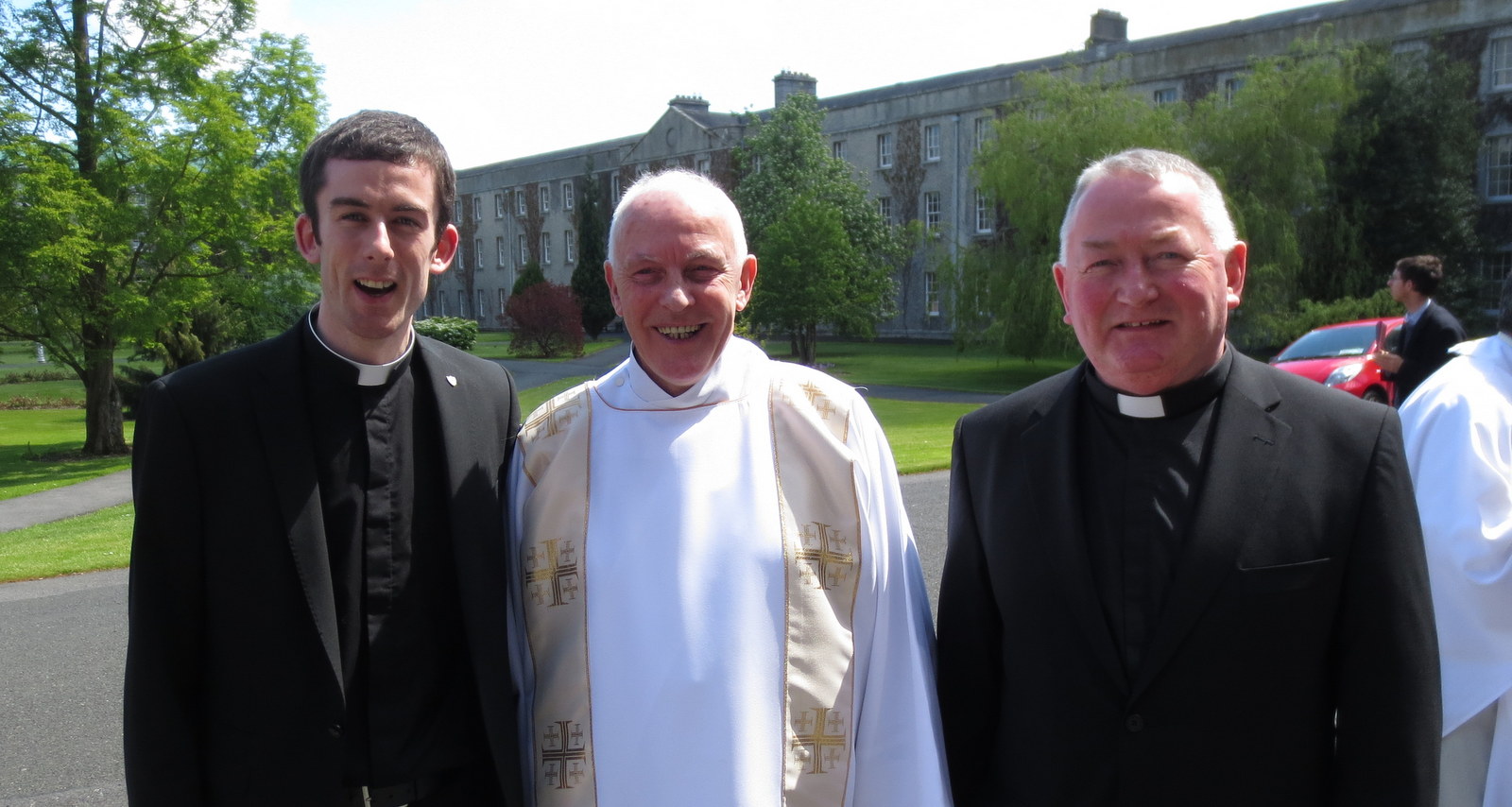 Congratulations to the following who were ordained to the diaconate in Saint Patrick’s College Maynooth on Sunday 29 May 2013:

There are a number of steps throughout priestly formation that direct the path to ordination. During time in seminary you would be formally accepted as a candidate and would also be instituted into the ministries of acolyte and reader. One final step before becoming a priest is ordination as a deacon. The diaconate is an ordained ministry in its own right, which involves preaching the Gospel and also assisting at the altar. A deacon has the authority to baptise and to marry, but he cannot preside like a priest at Mass or hear confessions. Once you become a deacon the obligations of celibacy, obedience and regularly praying the Divine Office become part of your life.

In his homily during Mass for the ordination of deacons Archbishop Diarmuid Martin said: “The deacons we ordain here this morning are called to a particular mission within the Church: they are called to witness to Jesus who serves.  This is not a mission which is separated from the life of the Church. Deacons are called, rather, to witness to one of the essential characteristics of the mission of Jesus: to serve.  Anyone who is called to ministry in the Church is called not to be served but to serve. A self-serving Church is not the Church of Jesus Christ. ”

The full text of the Archbishop’s homily is available here

We wish Rev. Sean McGuigan all Gods blessings as he returns to St Patrick’s College, Maynooth to complete this last year of study before his ordination to the Priesthood.