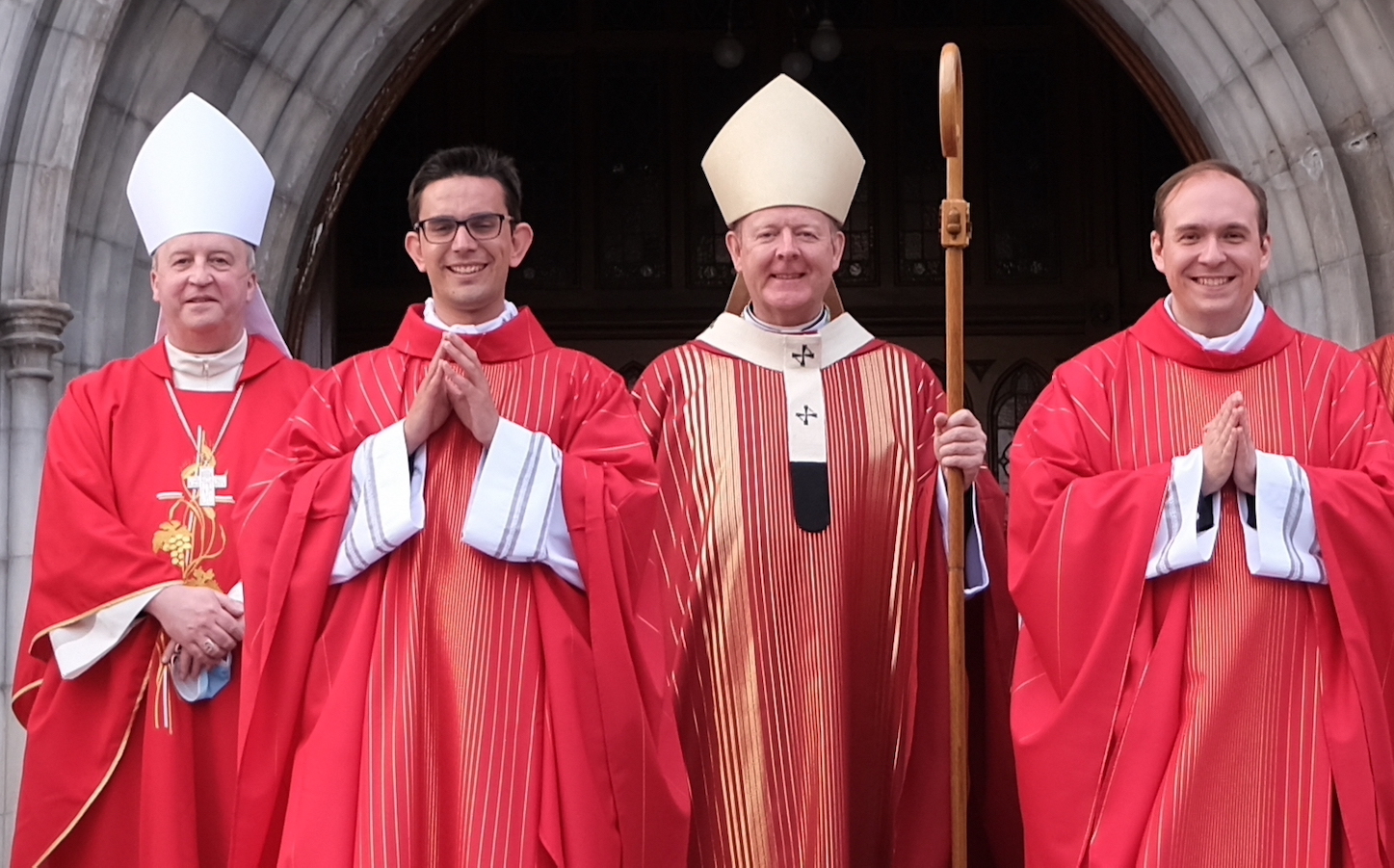 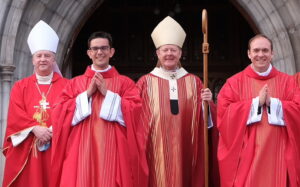 In a joy filled ceremony Archbishop Eamon Martin ordained Fr. Callum Douglas Young and Fr Juan Jesus Gonzalez Borrallo as priests for the Archdiocese of Armagh on the Solemnity of Saints Peter and Paul Apostles in Saint Patrick’s Cathedral – Armagh on the 29th June 2021.

Callum was born in London in 1991 and is the eldest child of  Neil and Bernadette Young. He has five younger brothers and sisters. He began his formation for the priesthood in the Redemptoris Mater Seminary in Dundalk in the year 2012 and was ordained deacon on 28th August 2020 and has been ministering in Newry Parish since October 2020.

As part of his formation, he spent some time in the Holy Land, UAE and Bahrain. Over the years, Callum has been on pastoral placement in the parishes of Cookstown, Coalisland and Newry.

Juan Jesus was born in 1991 and comes from El Repilado (Spain). He is the first child of Jose Antonio and Maria de las Nieves and has three younger siblings. He started his formation to the priesthood in the Redemptoris Mater Seminary in Dundalk in the year 2013 and was also ordained a deacon on 28th August 2020.

Juan Jesus has done pastoral placements in the parishes of Dungannon and Newry Cathedral. As part of his formation in the Seminary, he has been in mission in the Holy Land, Mozambique and Argentina and has been ministering in Moyraverty Parish since October 2020.

We ask that all throughout the Archdiocese continue to keep these two young men in their prayers.  May they have many years of grace filled ministry ahead of them. 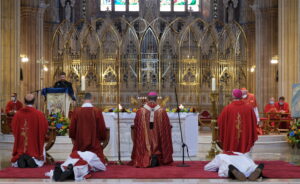 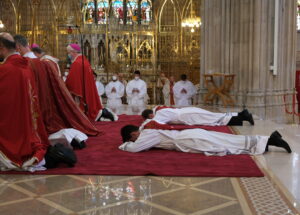 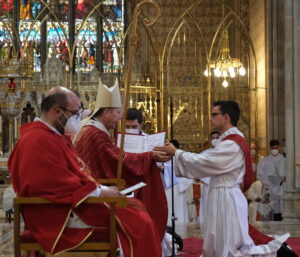