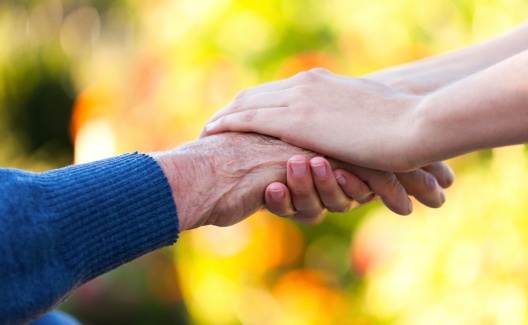 ‘A better future: towards a culture of life, care and hope for all’ – 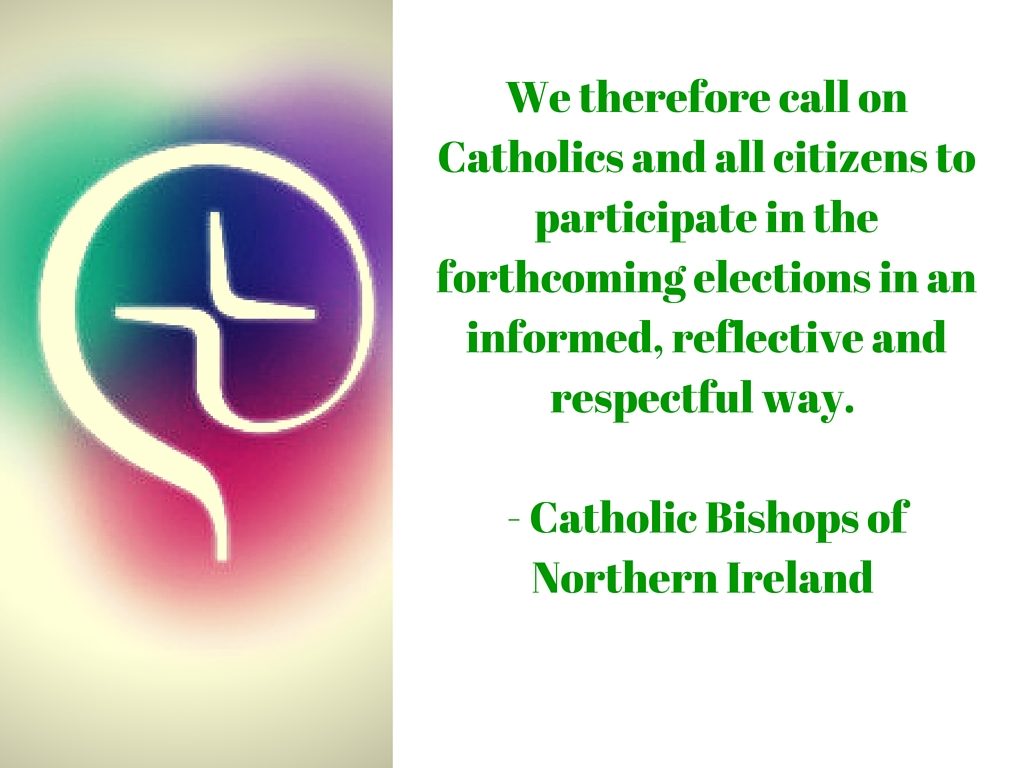 Political participation and the moral duty to vote.

The failure of the last Assembly to reduce childhood poverty and social need.

A call to a new political culture.

Building a pervasive culture of life, care and hope. 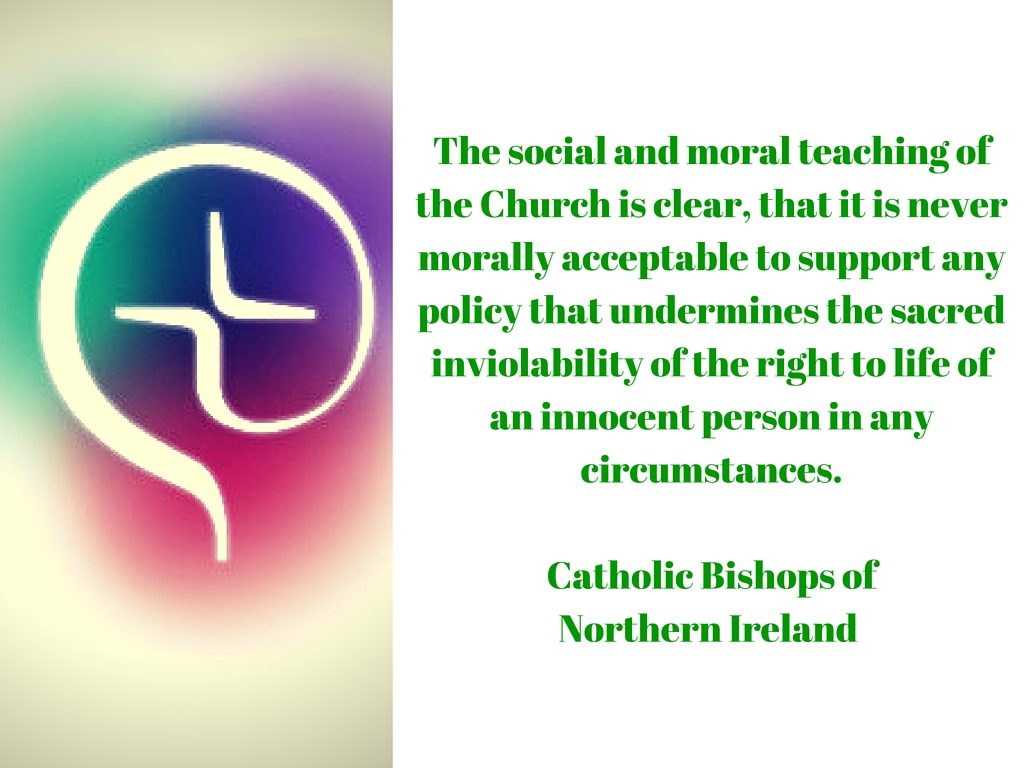 Considering the moral consequences of casting a vote.

Encouraging a culture of welcome and hope for all.

Respect for Religious Freedom and concern for persecuted Christians.

Respect for the Right to Faith-based Education in a genuinely pluralist society.

On caring for our common home.

Support for the family based on marriage between one man and one woman.

Conclusion: A culture of life, care and hope for all.