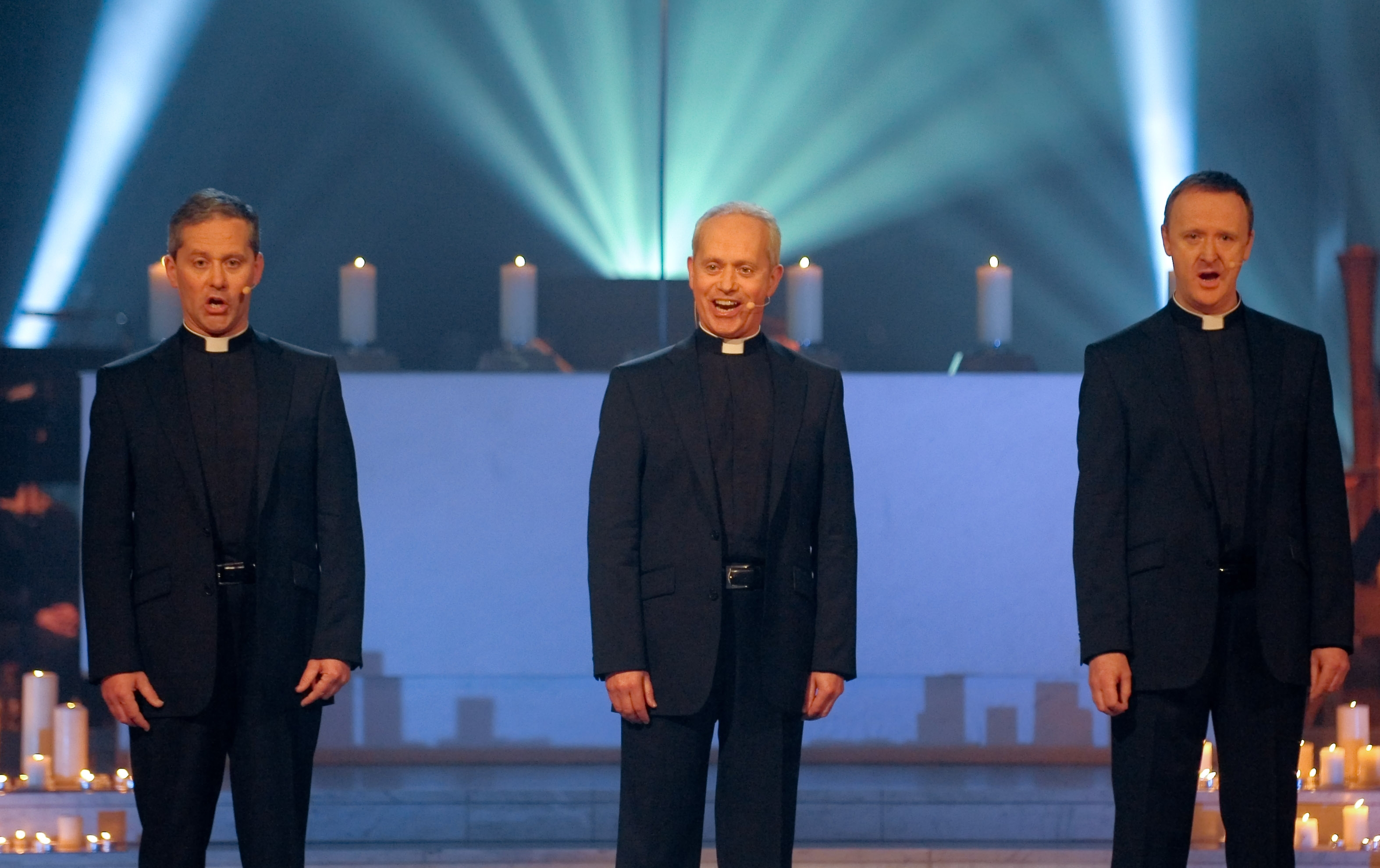 Join internationally renowned singing sensations ‘The Priests’ as they return to the spectacular setting of Saint Patrick’s Cathedral for an evening of classical and sacred music.
Fathers Eugene and Martin O’Hagan and Father David Delargy will lead a classical music ensemble of beautiful and uplifting music featuring inspirational pieces such as ‘Danny Boy’ and ‘Ave Maria’.   Accompanying The Priests will be a full orchestra.

The Priests have been singing together since they were pupils at St MacNissi’s College, County Antrim.  After signing a record deal in 2008, the priests recorded their debut platinum-selling album in Northern Ireland and Rome, with the unusual honour of having been allowed to record in St. Peter’s Basilica, The Vatican. Since 2008, the trio have enjoyed success around the world.