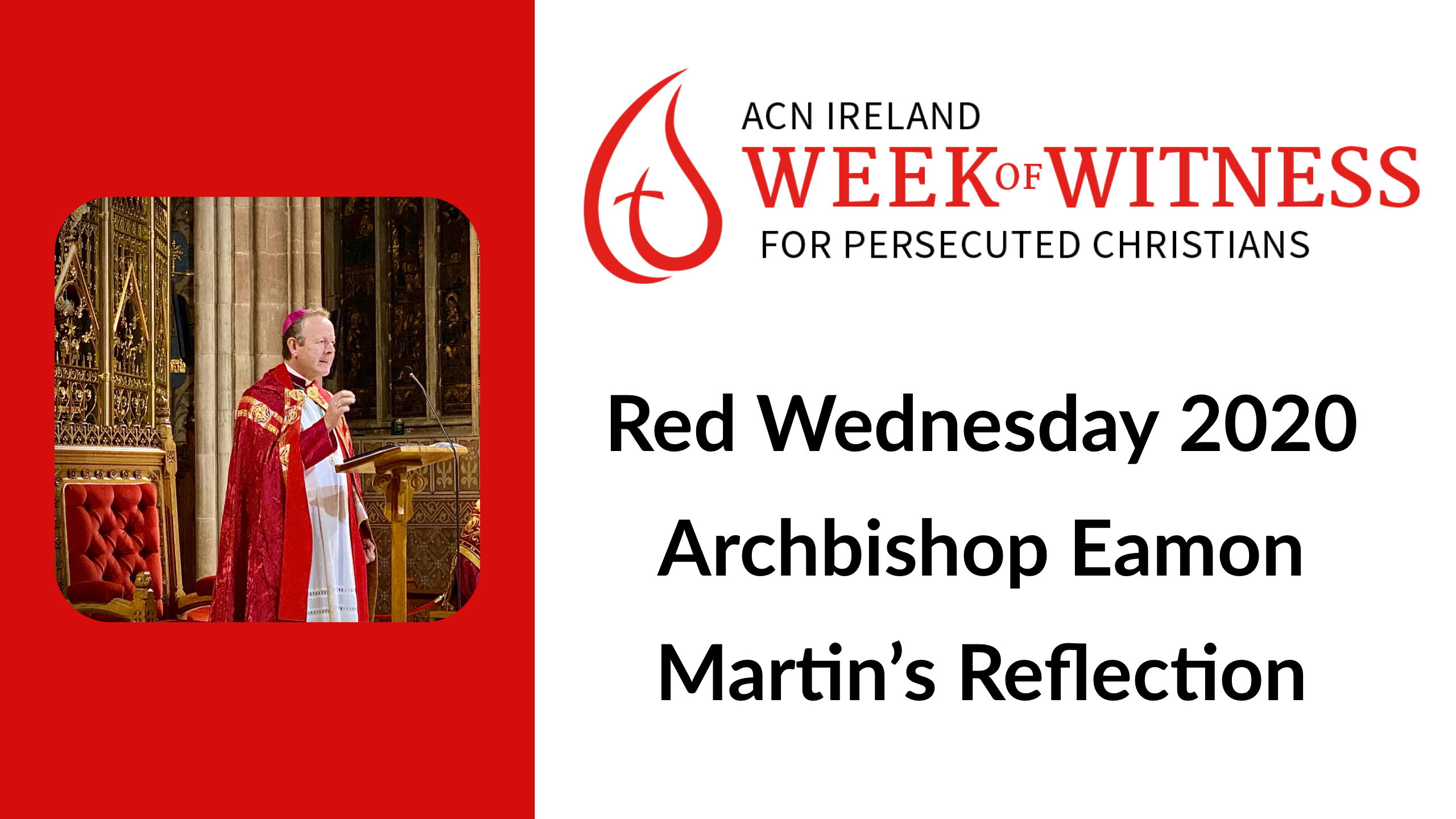 The thousands of pilgrims who visit the national shrine of Saint Oliver Plunkett, at Saint Peter’s Church in Drogheda, cannot fail to notice a heavy wood and metal door that is displayed near the sacred relics of the saint.  It is in fact the actual door of Newgate Prison in London behind which the condemned archbishop spent his last sixteen days before his gruesome execution at Tyburn on 1 July 1681.

By then, Archbishop Oliver was no stranger to prison.  He had been behind bars in Newgate since the previous October and before that he had spent almost a year in prison at Dublin Castle.  Conditions in prison were harsh, dirty and noisy and Archbishop Oliver was forced to spend many of those months in solitary confinement – without visitors, bracing himself against the cold of winter in a lonely cell. On occasions he was able to write, and we still have many of his letters.  We know from those who guarded him that he prayed continually – the word of God, the prayers of the Mass and the psalms of the Office – and, despite meagre food rations, he fasted three of four times a week. Still, Archbishop Oliver came across to his captors as a cheerful person, calm and completely reconciled to his fate.

In one of his letters written from Newgate Prison, Archbishop Oliver rejects completely the charge of treason for which he was being condemned.  He considers it a glorious thing that he has to die on account of his being a bishop, for his profession of the Catholic faith, and for his role as the chief pastor of the flock in Ireland.  In the days before he died, Oliver sat behind that wood and metal door in Newgate, preparing the speech he would deliver at the gallows in Tyburn.  He completely rejected the false charges that had been levelled against him at the sham trial in Westminster Hall, but, remarkably, he also spoke words of forgiveness and reconciliation for his captors and accusers.  It reminds me of those words in this evening’s Gospel (Mt 5:44): “Love your enemies and pray for those who persecute you”.

I recall the story of Saint Oliver’s imprisonment because the theme of Red Wednesday this year is “Set Your Captives Free” – a plea for Christians around the world who are in prison for their faith in 2020 – 340 years since the death of our saintly Archbishop.

I welcome the launch today of the Aid to the Church in Need (Ireland) Report on Christians who are unjustly detained for their faith.  In his introduction to the Report, John Pontifex writes that:

“unjust detention of Christians emerges as one of the most prevalent, enduring and serious forms of persecution. It relates to both wrongful arrest and kidnapping – including ‘the abduction and forced conversion of women – frequently accompanied by rape and other sexual violence’. Every month, in the 50 worst offending countries, an average of 309 Christians are unjustly imprisoned (ACN Set your Captives Free Report 2020 page 2)”.

Examples of unjust detention around the world include: prisoners of conscience; arbitrary detention without charge; unfair trial without proper defence; inadequate and degrading prison conditions; torture and beatings; pressure to convert.

The threat of unjust imprisonment of this kind is one of the most prevalent and frightening forms of intimidation and persecution of Christians throughout the world. This year our Red Wednesday prayer service calls it out, and together we pray to Christ our Saviour who was Himself unjustly charged, condemned, scourged and executed: Lord, Set Your Captives Free!

This evening I also wish to draw attention to other religious minorities throughout the world who suffer persecution.  I think of the many others who, like our fellow Christians, are imprisoned or displaced because of their beliefs.  There are, for example, shocking reports about the treatment of Uighurs in China; the threatened detention of Muslims in the Assam state of India; the targeting of Rohingya Muslims in Myanmar and Bangladesh; and the plight of Yaszidi in Iraq.

Saint Paul wrote to the Romans (8:31ff): “With God on our side, who can be against us”?  He also said “even if we are being persecuted, or lacking food or clothes, or being threatened or even attacked… these are the trials through which we triumph”!

It is remarkable how those who, like Saint Oliver Plunkett, are called upon to suffer injustice and insult, injury and even death for the faith, have left behind them a courageous and inspiring testimony of witness.  That is why Red Wednesday gives way to a “Week of Witness”. The word “martyr” actually means “witness” and we are all called to be witnesses to our faith.  We wear red ribbons, red clothing and light up our Cathedral in red tonight, not just to draw attention to the persecution of Christians, but to show that we are personally prepared to witness publicly to our beliefs, – even if at times that brings us ridicule, criticism, downright opposition or something more violent and aggressive.

I am very grateful to two such witnesses who have offered reflections for our Red Wednesday and Week of Witness this year:

Father Meyassar Moussa, a Redemptorist priest who has just returned to Iraq, has recorded a short video for us, where he speaks about the continued difficulties Christians face in Iraq today.  He reflects on the long-term effects which the war with Isis has had on Iraq and, specifically, on the Christian community there.

Father Joesph Bature, from the Nigerian diocese of Maiduguri, speaks on video to our Auxiliary Bishop Michael Router about the persecution suffered by many Christians in North East Nigeria.  He offers an insight into his ministry as a priest and psychologist in his diocese.  He thanks Aid to the Church in Need (Ireland) and his friends here in the Archdiocese of Armagh and other parts of Ireland who have been helping him with their prayers and charitable support.

Father Meyassar and Father Joesph’s videos will be streamed via the Saint Patrick’s Cathedral webcam immediately after our service this evening (8.30pm – 10.30pm) and will be available after that on demand via a link on the Archdiocese of Armagh’s home page and social media platforms.  Please watch and see in these testimonies the modern day struggles of many of our Christian brothers and sisters throughout the world*.

To conclude this evening’s reflection I would like to quote the words of Asia Bibi who was imprisoned and placed in solitary confinement in the Punjab, falsely accused of blasphemy.  She wrote:

“During my darkest moments, I promised that if I should survive my ordeal … I would stand up for those who suffer as I did … One thing [they] … have in common is that they are forced to suffer in silence. It is time that the world hears these stories; it is time to speak truth to power.  It is time that those who detain innocent people in defiance of the law are brought to justice. It is time for governments to act, it is time to rally in support of our faithful communities, vulnerable poor and persecuted. We should not rest until the persecutor finally hears our cry: ‘Set your captives free.’”