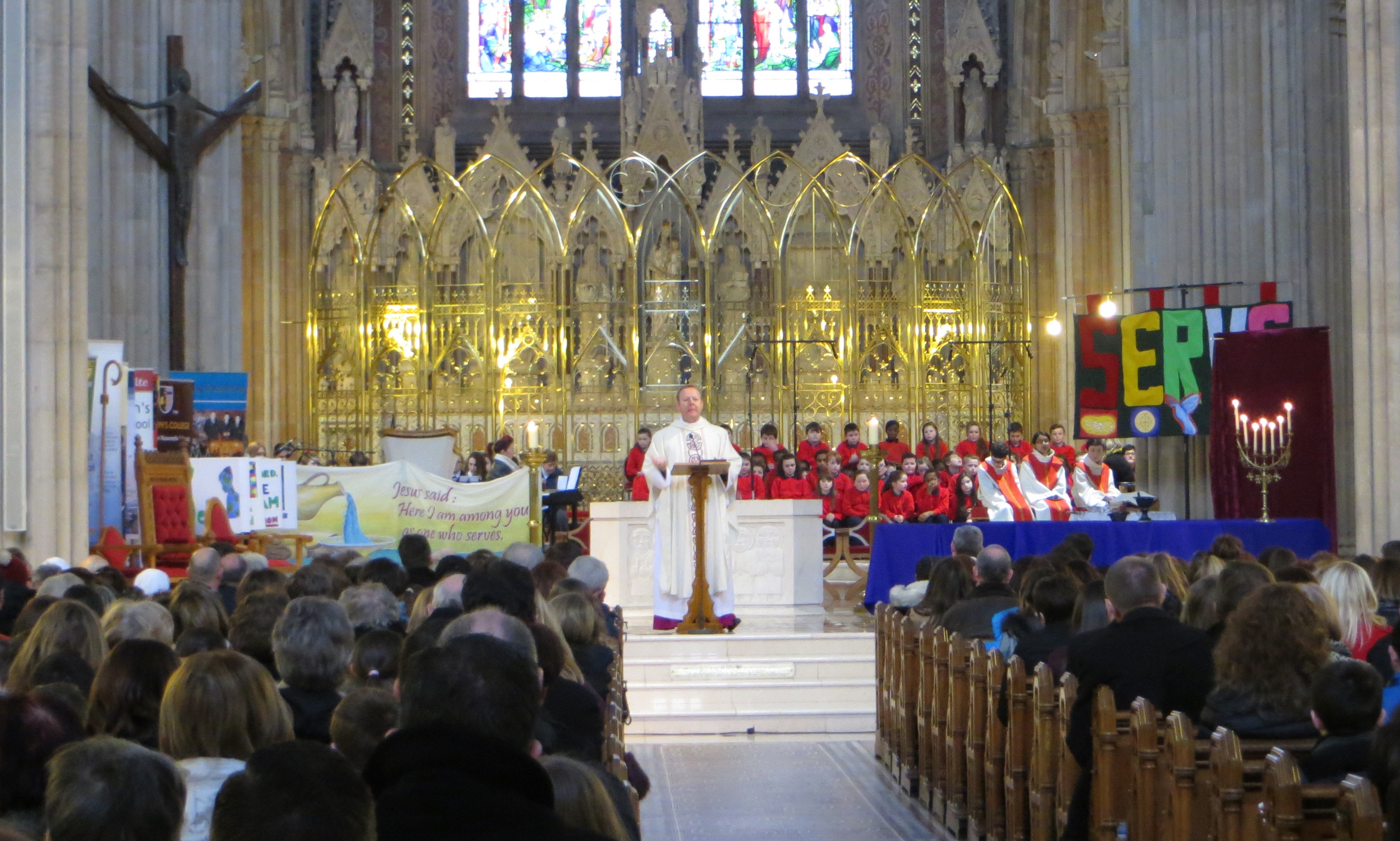 Catholic Schools Week is an all-Ireland annual event which invites Catholic schools to give expression in a special way to the ethos of Catholic education.  It is a celebration of Catholic schools throughout Ireland, North and South which acknowledges the tremendous contribution that our Catholic primary and post-primary schools make not just to Irish society, but to the mission of the Church. Catholic Schools Week 2016 will take place from Sunday 31 January to Saturday 6 February 2016 on the theme “Catholic Schools: Challenged to Proclaim God’s Mercy”.  It is hoped that this theme will help contextualise the Extraordinary Jubilee Year of Mercy proclaimed by Pope Francis from 8 December 2015 to 20 November 2016.

This year, for the first time, resources will not be mailed to schools, but are available for download here.

The official launch of Catholic Schools Week will take place on Monday 25 January in Mount Mercy College, Model Farm Road, Bishopstown, Co Cork. This will be the first time that a school in Cork will host the national launch of Catholic Schools Week.  Representatives from twenty-five primary and secondary schools in the Cork city area will also be in attendance.  Welcoming Catholic Schools Week 2016 Ms Padraigín Ui Riordáin, the principal of Mount Mercy College, said, “We are delighted to be chosen to launch this national celebration of Catholic education.  We look forward to welcoming the wider Catholic community to our school in Cork for this special event.  The words of Pope Francis ‘Mercy is the spirit that awakens us’ will inspire the community of Mount Mercy College to participate wholeheartedly in, and celebrate, this spiritually enriching occasion at a milestone in our school tradition, having just celebrated our Golden Jubilee.”

Ms Ui Riordáin continued, “The upcoming Year of Mercy for the Universal Church, and the official launch of Catholic Schools Week, is an opportunity for us to focus on our traditions and at the same time to look forward with anticipation to our future, to the challenge of proclaiming God’s mercy as we promote tolerance, respect and inclusiveness, whilst we explore the possibilities for all in our daily work and the many charities and causes which we support.”

Mount Mercy College Cork has eight-hundred students with sixty staff.  Mount Mercy College was founded in 1965 under the trusteeship of the Sisters of Mercy.  Catherine McAuley founded the Religious Congregation of the Sisters of Mercy in 1831.  Mercy education is committed to holistic development and to the achievement of the full potential of each student.  It is a process informed and influenced by the teaching and example of Jesus Christ and is conducted in an atmosphere of care, respect and joy.

A Mass will be broadcast by RTÉ on Sunday 31 January to celebrate both Catholic Schools Week and the new Grow in Love religious education programme for primary schools.  Students from Mount Mercy College, Cork, as well as pupils from Saint Pius X primary school in Templeogue, Dublin, will participate in this special liturgy to mark the beginning of Catholic Schools Week across Ireland. This Mass will be celebrated by Bishop Brendan Kelly, Bishop of Achonry and chair of the Bishops’ Council for Education.