Home Featured News Season of Creation: “Listen to the Voice of Creation” Resources 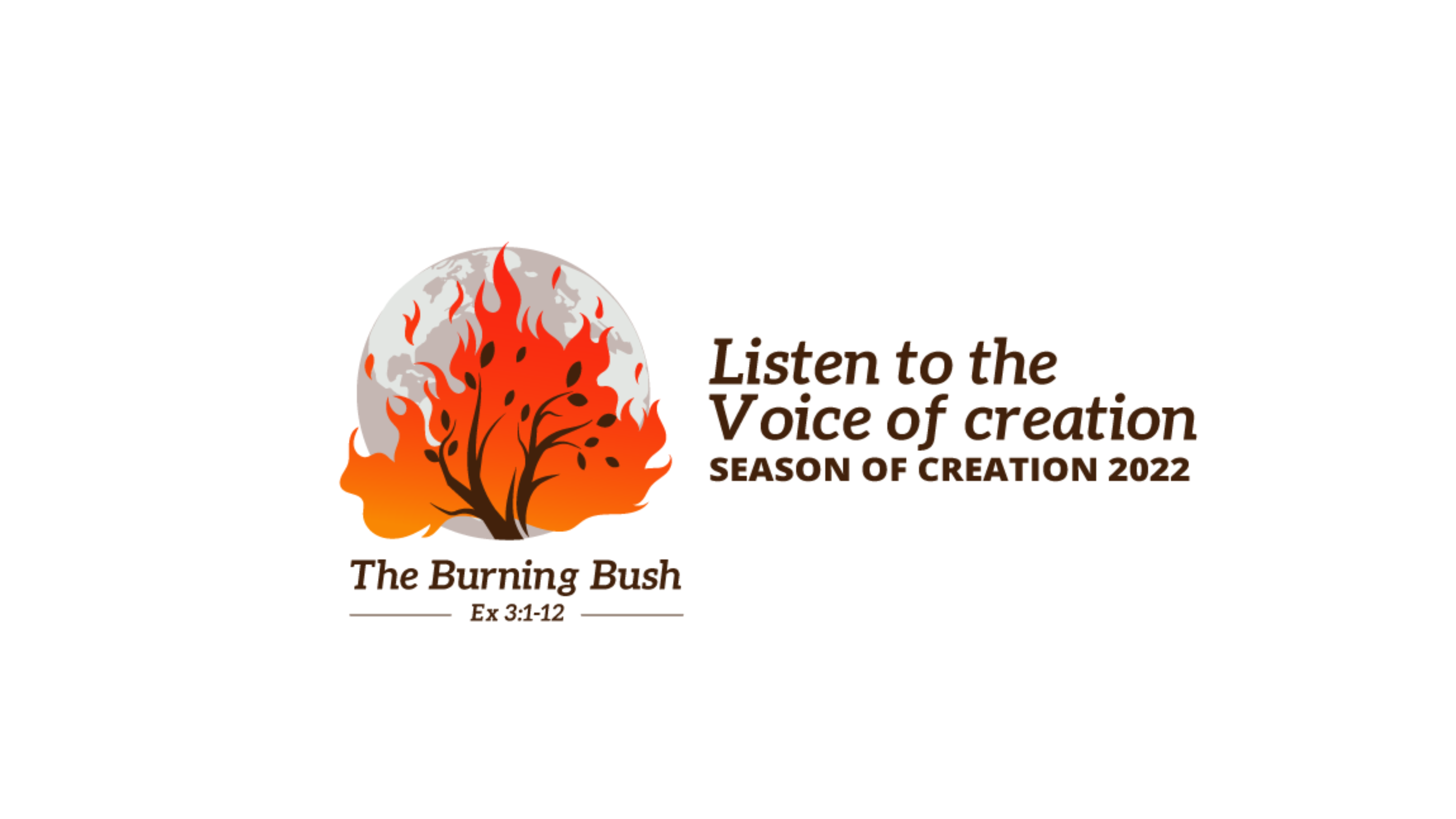 Listen to the Voice of Creation

The Season of Creation has a special significance for the Catholic Church, particularly since Pope Francis established 1 September as an annual World Day of Prayer for the Care of Creation. The Season of Creation is marked throughout the Christian world from 1 September to 4 October (Feast of Saint Francis of Assisi) and celebrates the joy of creation as well as encouraging awareness-raising initiatives to protect the natural environment. In this video Archbishop Eamon speaks about this years theme and reflects on practical ways we might be active in protecting the environment.

The theme for the Season of Creation 2022 is “Listen to the Voice of Creation”. “I have heard their cry…I know their sufferings…Come, now! I will send you…I will be with you” (Ex 3: 1-12). The burning bush is the Symbol for the Season of Creation 2022. Today, the prevalence of unnatural fires are a sign of the devastating effects that climate change has on the most vulnerable of our planet. Creation cries out as forests crackle, animals flee, and people are forced to migrate due to the fires of injustice. On the contrary, the fire that called to Moses as he tended the flock on Mt. Horeb did not consume or destroy the bush. This flame of the Spirit revealed God’s presence. This holy fire affirmed that God heard the cries of all who suffered and promised to be with us as we followed in faith to our deliverance from injustice.

In this Season of Creation, this symbol of God’s Spirit calls us to listen to the voice of creation, to the voices of those who suffer the impacts of climate change, to the voices of those who hold generational wisdom about how to live gratefully within the limits of the land. These are voices of the Earth. The global Christian family is called to awaken to the urgent need to heal our relationships with creation and with each other and to encourage our parish communities to do the same, “for we know that things can change!” (Laudato Si’, 13).  Listening to the

Click Here for resources for this years Season of Creation compiled by the Irish Episcopal Conference’s Laudato Si working group.