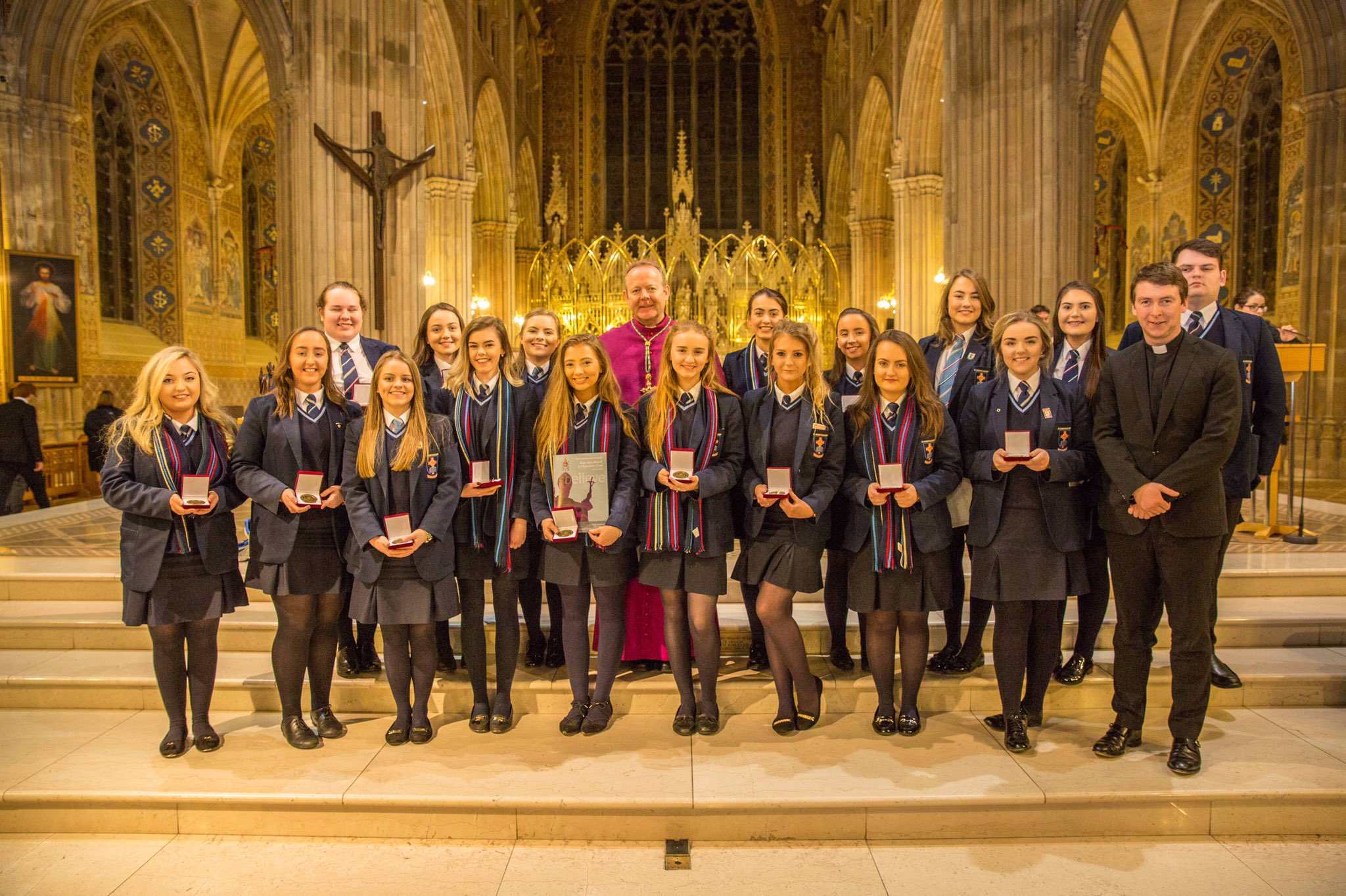 On Tuesday 21st March 2017 hundreds of people both young and old flocked to St. Patrick’s Cathedral Armagh for the Diocesan Faith Award Ceremony. This event, celebrated by Archbishop Eamon Martin, took place in order to rejoice in the gifts and talents over 400 young people who were there to collect awards for their role in their respective parishes, communities and schools. Representatives from all over the Archdiocese collected awards, namely the Muiredach Cross Award and the Pope John Paul II Award in an event that has been described as “a fitting celebration for the work of young people in the Diocese.”

The Muiredach Cross Award and the Pope John Paul II Award are prestigious awards in the area of faith development and to receive one is undoubtedly a thing of great honour for those who were being celebrated on this occasion. The Muiredach Cross Award is particularly aimed at the younger members of society throughout the schools in the Diocese. It is hoped that participation in this award will provide a solid foundation upon which to build in later life when a young person is eligible for the Pope John Paul II Award. There is great interest in participation in these two awards and this was highlighted by the sheer enthusiasm shown in attendance on Wednesday night.

The positive thing about the awards night was that it wasn’t a passive experience for those involved. The young people and their schools/parishes were actively involved throughout the whole ceremony, providing music and displaying the talents that are being put to such good use within their local communities. This event wasn’t only about recognising the achievements of the participants, but a celebration to showcase their skills.

The event continued by the introduction of the key note speaker; Mr Joe McKeown.  Joe is an experienced youth worker from Youthlink, Belfast and an ambassador for DoCat.  This year Armagh Diocesan Youth Commission wished to highlight a message to all youth present and to echo words from Pope Francis from World Youth Day 2013, “Go, Don’t Be Afraid, and Serve”. Joe engaged all with a humbling testimony of his life, his challenges, achievements and the importance of his faith.

Dermot Kelly, Diocesan Youth Director, commented; “We invited our guest speaker because we have a great relationship with Youthlink and Joe has been a key element in leadership training for ADYC.  Joe epitomises that life can be challenging at times but if we all have trust in God anything is possible.”

The evening featured inspiring and lively music by the Caritas Choir Coalisland and the Senior Choir of Holy Trinity College Cookstown.

Archbishop Eamon Martin and Canon Eugene Sweeney presented the awards and there was a great sense of achievement and enthusiasm in the Cathedral.

The event finished by Archbishop Eamon Martin highlighting to young people that they need to help Pope Francis. Pope Francis is having a special Synod that focused particularly on youth.  He wants to produce a document about young people in the Church.  So in preparation, Archbishop Eamon Martin commissioned a representative from each of the 30 schools & parishes present to go back to their setting and facilitate a focus group to hear the voice of the young people in the Archdiocese of Armagh.

The Armagh Diocesan Faith Award Committee would like to thank those involved in the ceremony: award leaders, parents/guardians, and all who took part in what was clearly a successful and gratifying occasion.