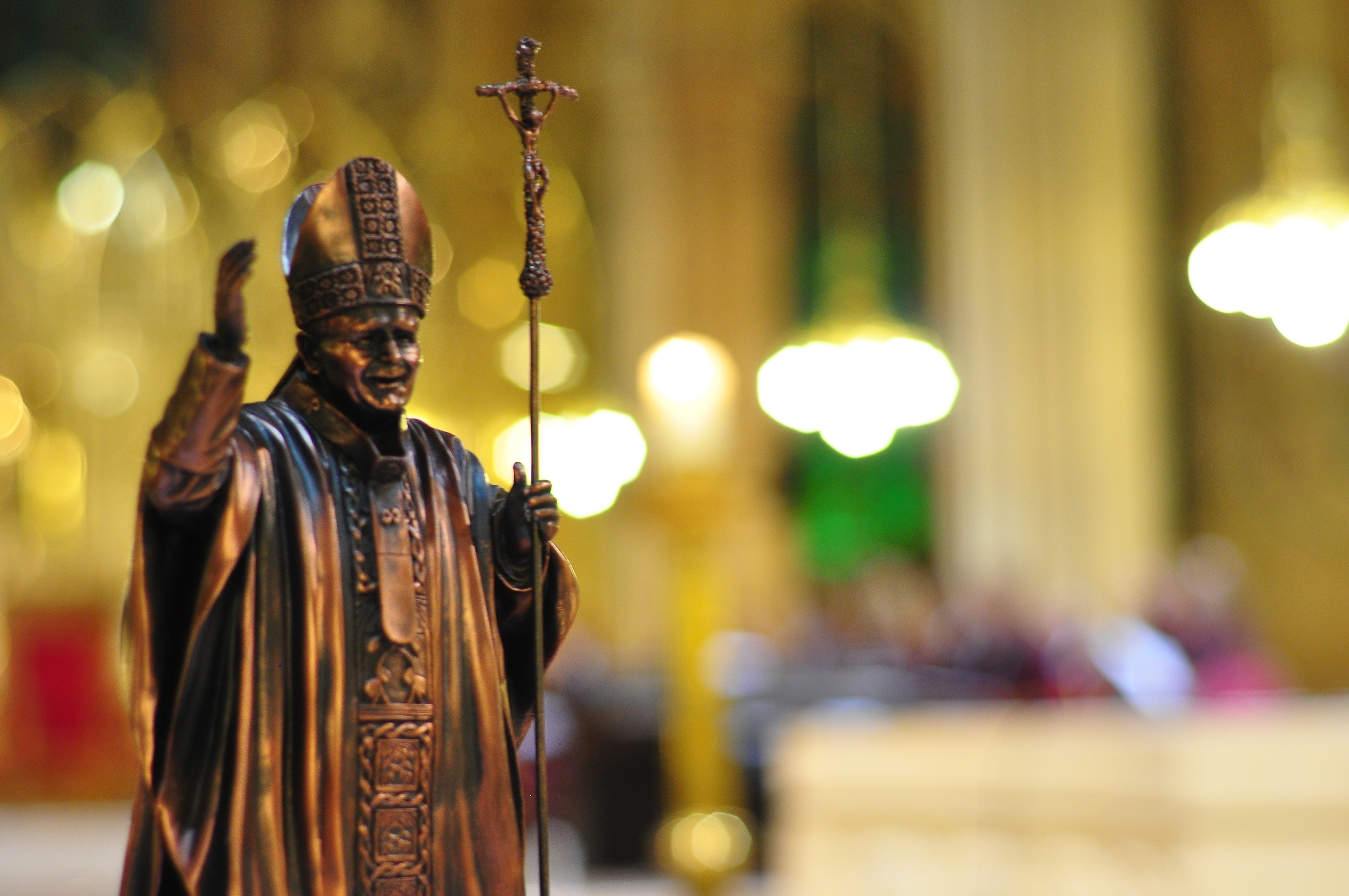 This year over 300 young people attended to be presented with their awards, namely the Muiredach Cross Award and the Pope John Paul II Award in an event that has been described as “a fitting celebration for the work of young people in the Diocese.”

The Muiredach Cross Award and the Pope John Paul II Award are prestigious awards in the area of faith development and to receive one is undoubtedly a thing of great honour for those who were being celebrated at this event. The Muiredach Cross Award is particularly aimed at the younger members of society throughout the schools in the Archdiocese. It is hoped that participation in this award will provide a solid foundation upon which to build in later life when a young person is eligible for the Pope John Paul II Award. There is great interest in participation in these two awards and this was highlighted by the sheer enthusiasm shown in attendance at the event on Tuesday night.

The positive thing about this awards night was that it wasn’t a passive experience for those involved. The young people and their schools/parishes were actively involved throughout the whole ceremony. This year, being a special Jubilee Year of Mercy in the Church, the Award Committee incorporative the Cathedral Walk of Mercy into the ceremony. Each participating school/parish was represented by one member of their group on this special walk, which took place throughout the ceremony.

The Armagh Diocesan Faith Awards Committee would like to thank those involved in the ceremony: award participants, award leaders, parents/guardians, clergy, and all who took part in what was clearly a successful and gratifying occasion. Also a special thank you to the choir of St. Paul’s High School, Bessbrook, who so richly enhanced the ceremony with their beautiful singing.

To hear more or to get involved in the Faith Awards please contact the Armagh Diocesan Youth Ministry Office on 028/048 3752 3084 or email: [email protected]