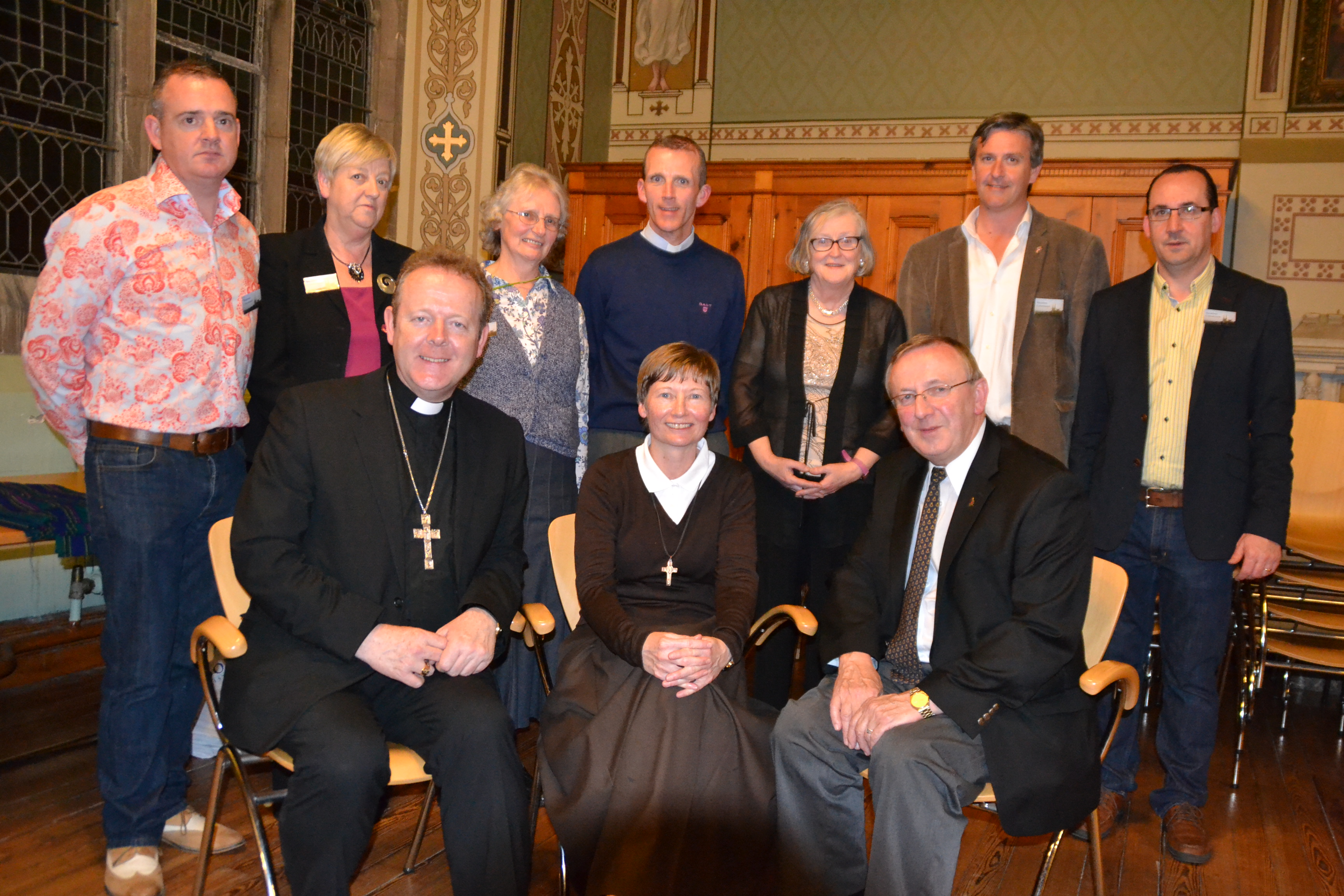 On Thursday 23rd April, The Synod Hall in Armagh was packed to capacity as people gathered for a special evening: “Great people, great stories, come and listen”. The evening, organised by the Diocesan Vocations Team, embraced two great people sharing their “vocation” stories.

The first speaker was Brother Ronan Lennon, a St John of God Brother who has worked in several countries throughout the world, and is the former Provincial of the Order. He was followed by Martina Purdy, a former journalist with the BBC who is now a postulant with the Sisters of Adoration and Reparation in Belfast.

The testimonies were then delivered with each guest speaker sharing a very powerful story. Brother Ronan began his vocation story by stating with profound humility that every day he “endeavours to be a Brother of John of God”. He continued by stating that his religious life was one into which he had grown, and as in everyday living he got out of it what he put into it through facing life’s “ ups and downs” and challenges . His statement “each of us is packaged differently” and each must answer God’s call was a compelling message.

Martina began by reflecting on reactions to her decision to join the sisters which were, as she had anticipated, very varied. She then shared her remarkable vocation journey which ended in the Convent of the Sisters of Adoration and Reparation on the Falls Road, Belfast in October 2014. Her inspirational words: “Doing the Lord’s will leads to joy; doing our own will leads to misery” certainly resonated with the audience, as did the enlightening comment: “People are oftentimes afraid to give their will to the Lord”. Her response to being asked for suggestions to help foster vocations in the current critical climate was the pragmatic statement: “Prayer is the answer”.

Before the close of the gathering the opportunity for discussion and reflection on the great stories that had been shared resulted in resounding agreement that an evening with a difference and one which will be remembered for some time had definitely been experienced by all!