Following his general audience in St Peter’s Square on 17 October 2007, the Holy Father Pope Benedict XVI announced the names of 23 prelates to be created cardinals in a consistory to be held on 24 November 2007, the eve of the Feast of Christ the King.

Archbishop Seán Brady was one of the 23 nominated; On these pages you will see some of the texts and photographs associated with that wonderful occasion in the life of our Archdiocese.·

The documents released on the occasion are listed below as PDF links.

“The new cardinals come from various parts of the world,” said the Holy Father. “And the universality of the Church, with the multiplicity of her ministries, is clearly reflected in them.·

Alongside deserving prelates who work for the Holy See are pastors who dedicate their energies to direct contact with the faithful.” 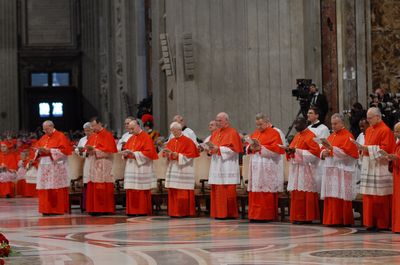 He went on: “There are other persons, very dear to me who, for their dedication to the service of the Church, well deserve promotion to the dignity of cardinal.· In the future I hope to have the opportunity to express, also in this way, my esteem and affection to them and to their countries of origin.”
·
Pope Benedict entrusted the future cardinals: “to the protection of Mary Most Holy asking her to help each of them in their new tasks, that they may know how to bear courageous witness in all circumstances to their love for Christ and for the Church.”
· 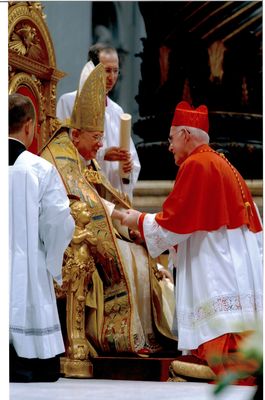 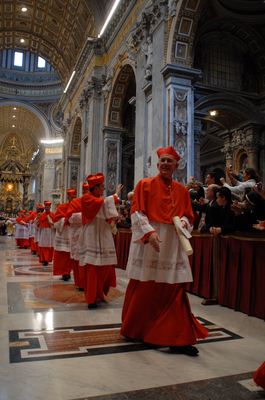 Cardinal Brady’s Address on announcement of Creation as Cardinal 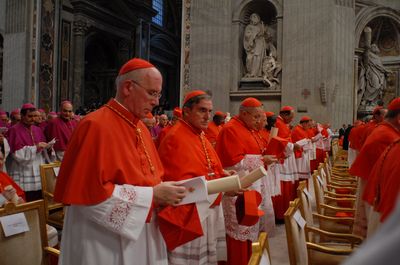 Explanation of Responsibilities of Cardinals of the Holy Roman Church

Address to Media after Consistory, in Irish College, Rome 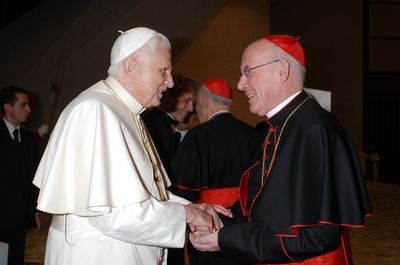 Thanksgiving after the Consistory